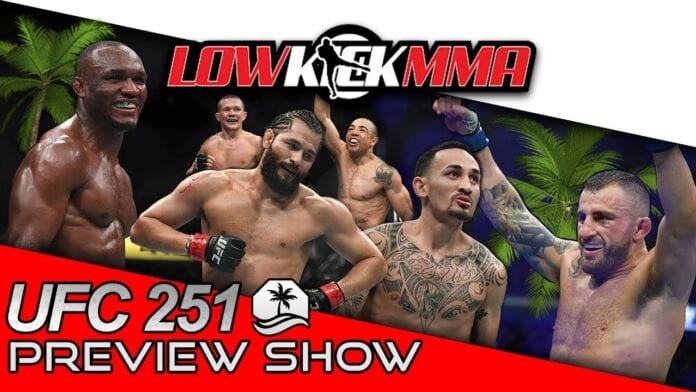 UFC 251 will go down from Yas Island otherwise known as ‘Fight Island this Saturday night (July 11). In the main event, welterweight champion Kamaru Usman defends his title against late replacement opponent Jorge Masvidal. The co-main event will see Alexander Volkanovski make the first defence of his featherweight title against the man he dethroned at UFC 245, Max Holloway. Prior to that Petr Yan and Jose Aldo will duke it out for the bantamweight title which was recently made vacant by the now-retired Henry Cejudo.

Join LowKickMMA site manager and staff writer Ryan Galloway as they look ahead to the card breaking down all the big fights, offering their thoughts, opinions, and predictions.

What fight are you most excited about at UFC 251?