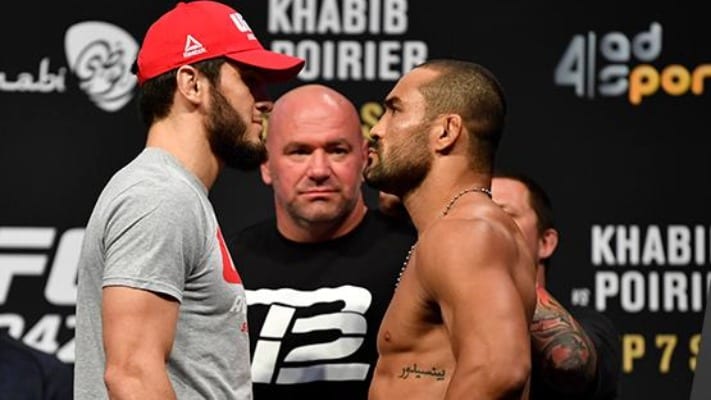 Next up at UFC 242 is a lightweight scrap between Islam Makhachev and Davi Ramos.

A nice shot lands for Makhachev after a lengthy feeling-out process. A nice jab connects for Makhachev. Ramos lands a nice lead hook. An extremely tentative round from both men. A lot of overhands from Ramos hit air.

Makhachev fails on an entry for a takedown, but after a scramble, he gets Ramos down to the ground and unleashes a flurry of ground-and-pound. Ramos has Makhachev in his full guard now. A very patient ground attack from Makhachev, who is staying just busy enough for the fight not to be stood up. Ramos looked for an armbar but Makhachev was able to prevent it. Makhachev stands up before the round ends.