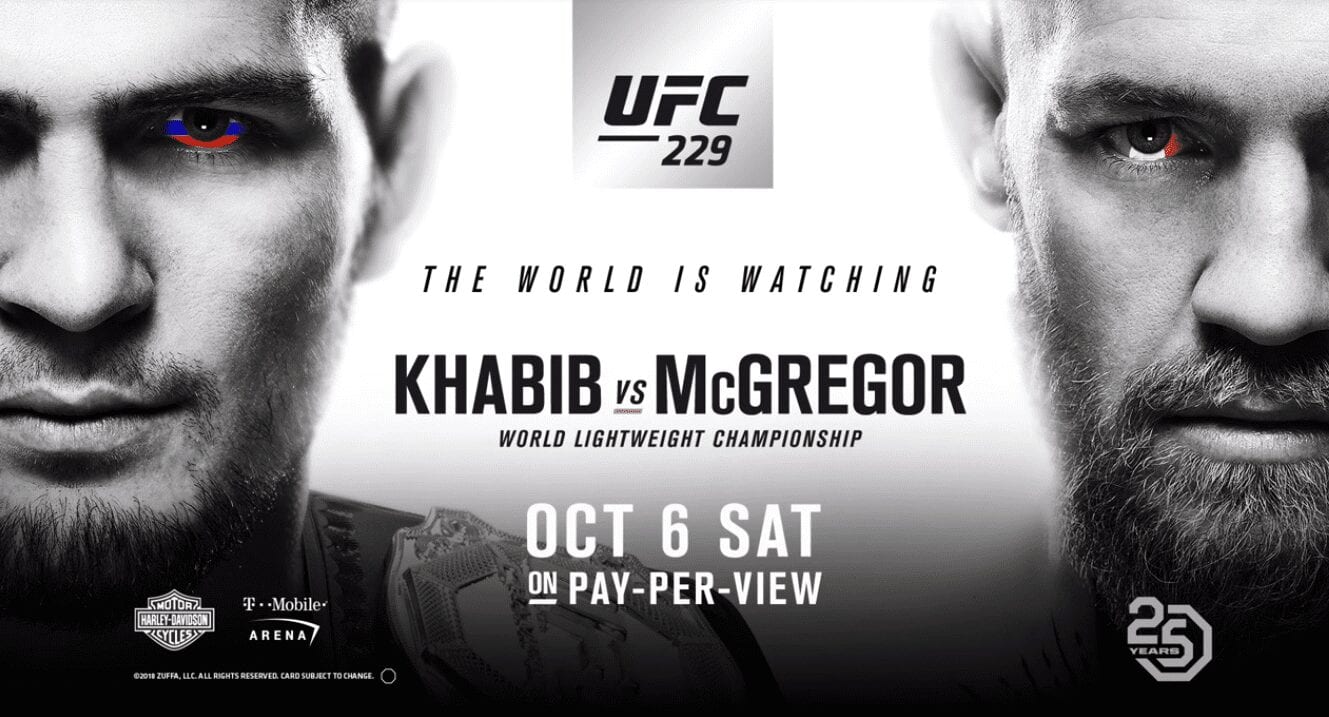 UFC is gearing up for their next PPV event as the UFC 229 show is just less than a week from taking place and the hype is on.

The UFC 229 pay-per-view event is set to take place on Saturday, October 6, 2018 at T-Mobile Arena in Las Vegas, Nevada.

The main card will air on pay-per-view at 10 p.m. ET while the preliminary card will air on FOX Sports 1 at 8 p.m. ET and the promotion’s streaming service, UFC Fight Pass, at 6:30 p.m. ET.

Khabib Nurmagomedov vs. Conor McGregor for the UFC lightweight title will headline the show while Tony Ferguson vs. Anthony Pettis in a lightweight bout will co-headline.

Rounding out the five bout main card is Ovince Saint Preux vs. Dominick Reyes in a light heavyweight bout, Derrick Lewis vs. Alexander Volkov in a heavyweight bout, and Michelle Waterson vs. Felice Herrig in a women’s strawweight bout.

The UFC has released the full episode of UFC 229 Countdown, which is subtitled, Bad Blood, to their YouTube channel to not only get the fans excited for this upcoming event but to give insight into the background of the current stories revolving around the fighters. You can watch the full episode here: