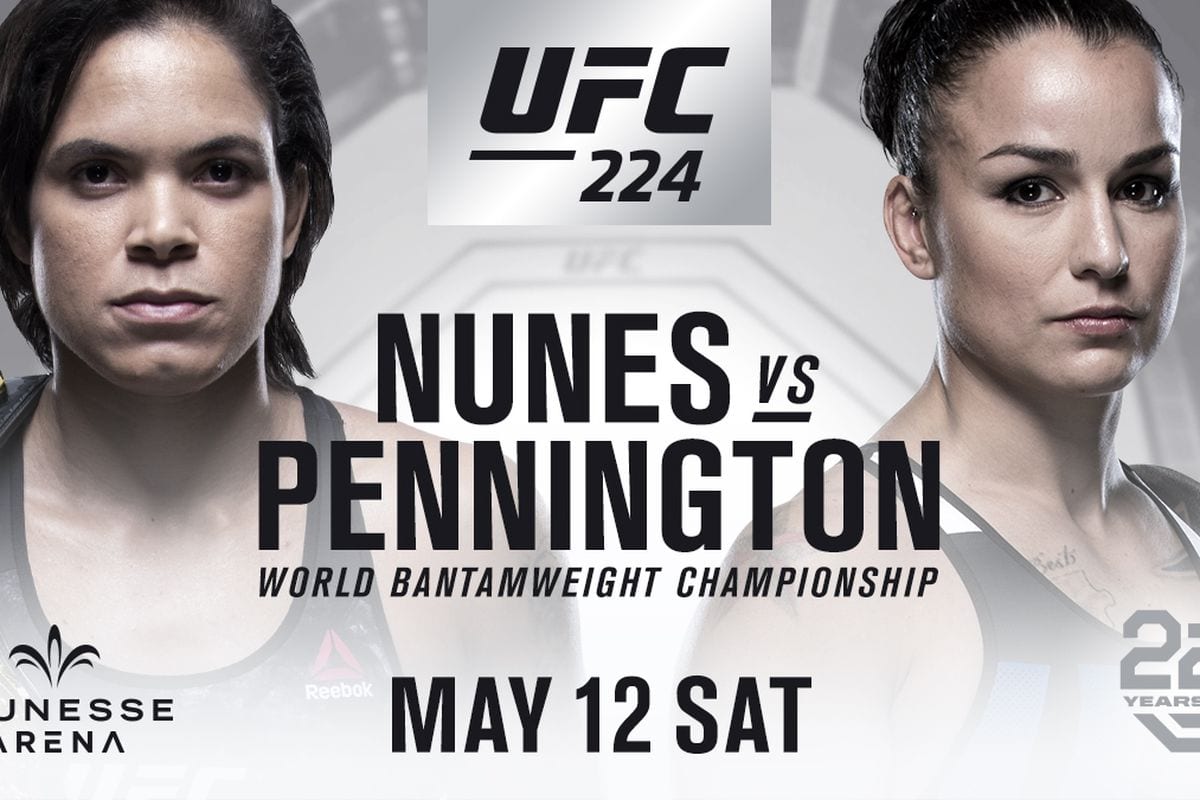 The leader in mixed martial arts (MMA) promotion has quite the card stacked up for fight fans tonight, including a UFC women’s bantamweight championship match between current title holder Amanda Nunes and Raquel Pennington. In the co-main event of the evening, Ronaldo Souza will take on Kelvin Gastelum in a fight that will likely determine who will enter the title contention conversation next.

Jiu-jitsu specialist Mackenzie Dern also returns to take on Amanda Cooper, while former champions Vitor Belfort and Lyoto Machida square off as well. You can check out the full UFC 224 fight card, start time, and information on how to watch here below: