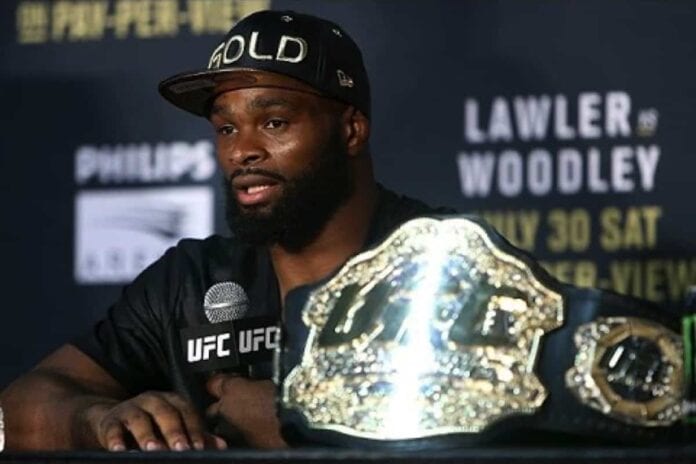 This evening’s (Sat., March 4, 2017) UFC 209 from T-Mobile Arena in Las Vegas, Nevada, is in the rearview mirror, and champion Tyron Woodley outlasted Stephen ‘Wonderboy’ Thompson to retain the welterweight title they first battled for at last year’s UFC 205 in a largely boring and uneventful main event outside of a late fifth-round flurry.

The rest of the main card delivered some solid performances from Alistair Overeem, David Teymur, and the debuting Cynthia Calvillo.

The card was obviously missing the fallout and potentially pivotal ramifications of the anticipated Khabib Nurmagomedov vs. Tony Ferguson interim lightweight title bout in the co-main event, but the fighters left on the main card will relive the event with questions from the media at the UFC 209 post-fight presser starting after the main card’s conclusion.

Watch the video live as it unfolds here: