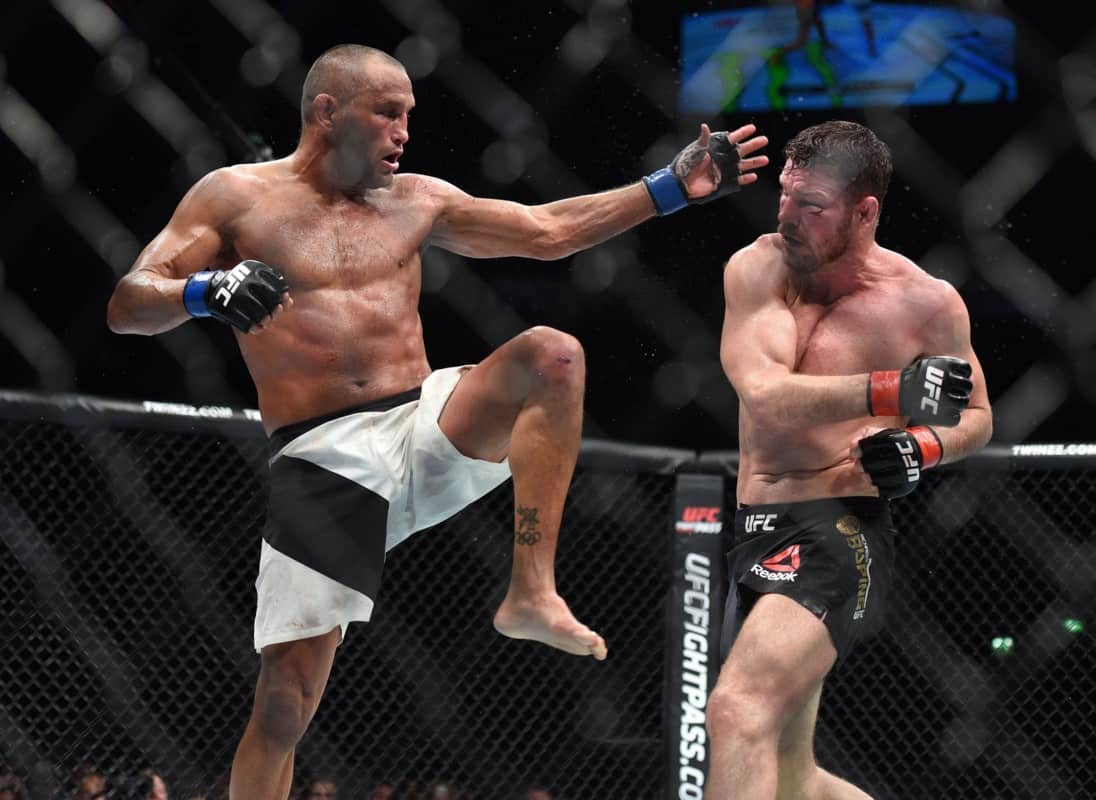 UFC 204 went down tonight (October 8, 2016) from the Manchester Arena in Manchester, England. Headlined by a middleweight championship battle between bitter rivals Michael Bisping and Dan Henderson, the main event delivered on its substantial hype.

The two legends earned Fight of the Night for their back and forth war that saw Henderson drop Bisping twice in the first two rounds. Bisping controlled much of the action my maintaining distance and peppering the aging American with combinations and kicks, but the veteran Henderson left his mark on rounds one and two with the knockdowns. But “The Count” would battle back in rounds three and four. The decision came down to a razor close fifth round, as Henderson turned up the pressure in search of a finish he must have sensed he needed. In the end, Bisping claimed a unanimous decision and secured the first defense of his title. Both Bisping and Henderson banked an extra $50,000 for their efforts.

In other main card action, Brit Jimi Manuwa took home one of the two Performance of the Night bonuses for his highlight reel knockout of Ovince St. Preux. Manuwa had to overcome some early adversity, as “OSP” got the better of the wrestling and grappling exchanges in the first round. “Poster Boy” tuned up St. Preux in the second. He finished it with a left hook to the body, a right hook that staggered St. Preux, and another left hook that crumpled his American foe. Manuwa collected an additional $50,000 grand for his work. St. Preux had never before been finished in such devastating fashion.

On the undercard, Brazilian Jiu-Jitsu black belt Iuri Alcantara dispatched hometown favorite Brad Pickett in devastating fashion in the first round. A spinning back elbow from Alcantara rocked “One Punch”, and “Marajo” pounced for the finish. When he failed to put Pickett away with strikes, he fell back on his grappling chops. Alcantara advanced to mount and started to cinch up a mounted triangle. As Pickett looked to escape, the Brazilian switched to an armbar, which Pickett defended again. Alcantara ensnared the Brit in a triangle once again, and the tap came soon after. For his most impressive victory in years, Alcantara took home a $50,000 bonus.

Stay tuned to LowKickMMA for the UFC 204 post-fight coverage.