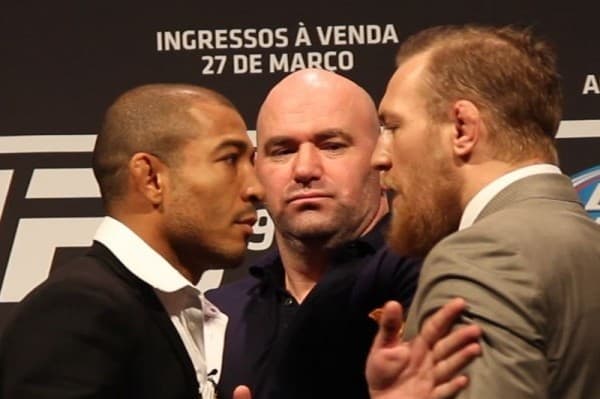 We are now less than two weeks away from the most highly anticipated fight card of the entire year. UFC 194 is set to go down on December 12, 2015 from the MGM Grand Garden Arena in Las Vegas, Nevada presented live on pay-per-view (PPV).

In the main event, fans will finally be treated to the long-awaited so called biggest fight in mixed martial arts (MMA) history, as dominant featherweight champion Jose Aldo will put his title on the line against interim champion and Irish hype machine the “Notorious” Conor McGregor.

After months and months of build-up, it’s finally time.

The two men were originally scheduled to meet back in July at UFC 189, but “Scarface” was unfortunately forced out of the bout due to an injury. McGregor would continue to back up his talk as he would go on to knockout late replacement and multi-time title challenger Chad “Money” Mendes.

Now, we will finally see who the best man is at 145-pounds.

That isn’t all, however, as the co-main event features yet another intriguing and exciting title fight. Undefeated middleweight kingpin Chris Weidman will attempt to make the fourth defense of his 185-pound title when he takes on former Strikeforce champion Luke Rockhold.

Many consider Weidman and Rockhold to be the cream of the crop at middleweight and the clash of styles should provide for a fantastic affair.

As the event nears closer, take a deeper look into the training camps of these four men in the UFC 194 Extended Preview below, courtesy of the UFC: