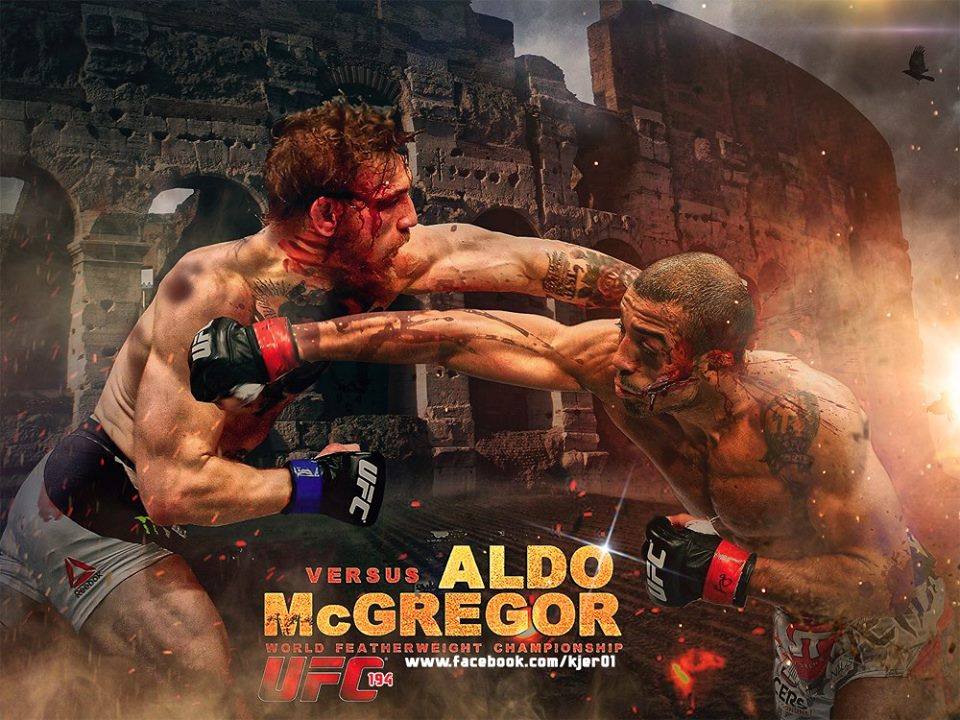 The clock is ticking down rapidly to UFC 194, check out this special Aldo vs. McGregor edition of the popular UFC Embedded series….

UFC 194 is set to explode out of the gates on December 12, after over a year of hype and patient waiting. Just eight days away from time of writing, UFC 194 is on everyone’s lips. The main event, featuring a feud that has been extremely eventful, could potentially see the changing of the guard in one of the UFC’s most popular division. We’re talking of Jose Aldo vs. Conor McGregor of course.

The WEC/UFC featherweight champion Jose Aldo has bossed the division for nine years, unbeaten in the UFC, and is arguably the top P4P fighter on the planet right now. He faces the interim boss Conor McGregor in a higly publicized and anticipated showdown that we’ve all been hanging on for too long. Oddly enough, ‘Scarface’ is the champion heading in to the unification match.

Can’t wait? Nor can we, but for now we have to settle for the first instalment of the UFC 194 Embedded series. Via UFC on Youtube: