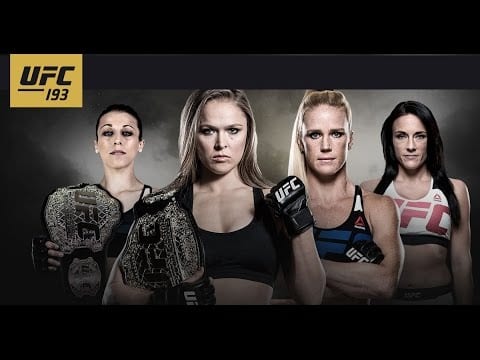 UFC 193 will go down in the Etihad Stadium this coming November 15 in Melbourne, Australia, as the promotion looks to shatter all records at the 70,000 seater venue. Once again Ronda Rousey will look to make history in the UFC, as she faces Holly Holm in the evening’s main event.

The UFC 193 press conference starts at 7 AM ET this morning (Wednesday September 16, 2015) so join us here for the inevitable juicy stories and more.

A glance at the UFC 193 fight card as it stands now: