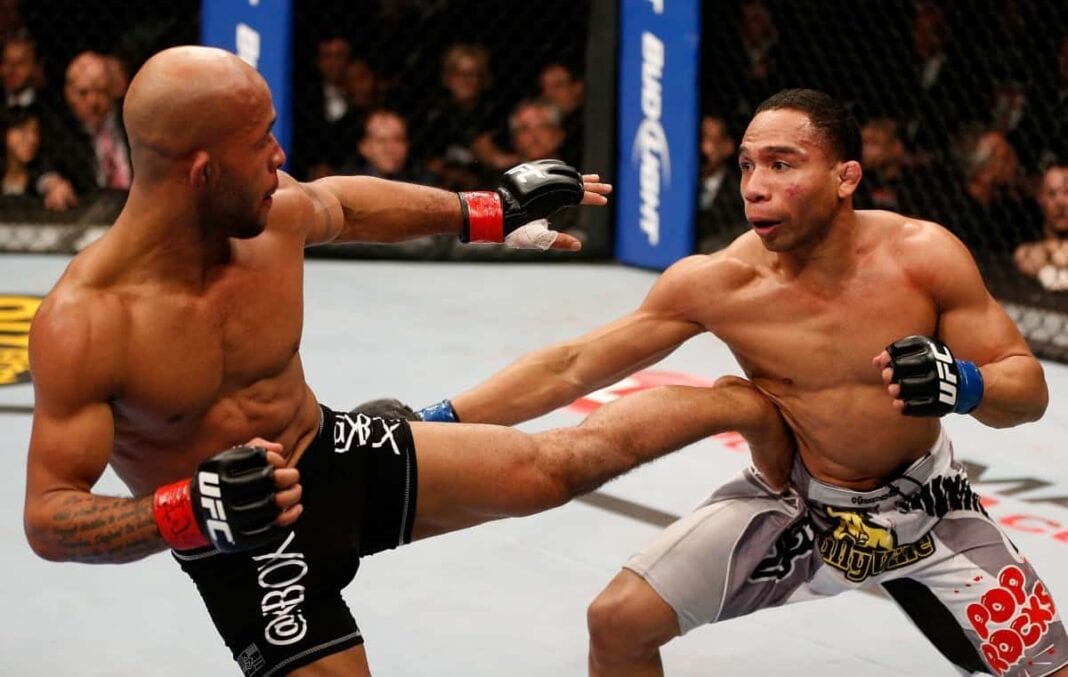 Despite having one of the best fighters in the world if not the very best as its champion, the UFC’s flyweight division is often overlooked, and underappreciated. Although some 125-pounders don’t possess the bone crushing knockout power that fans love, they do excel in other areas such as speed, and technique, but at most times, they just don’t receive a ton of exposure.

However, that is not the case this weekend, as fans will finally be treated to the flyweight title fight that they care most about, and it happens to be a rematch. UFC 191 is set to go down this weekend live on pay-per-view (PPV) from Las Vegas, and dominant flyweight champion Demetrious “Mighty Mouse” Johnson will put his title on the line for the seventh time against top contender John “The Magician” Dodson.

In the first affair, Dodson rocked, and dropped Johnson multiple times, but “Mighty Mouse” appeared to run away with the fight in the later rounds, and ultimately came out on top. Both men are clearly at the top of their game, and without further ado, check out the LowKickMMA Demetrious Johnson vs John Dodson breakdown below:

This is what John Dodson is most known for, as he is one of the few fighters in the 125-pound division with true knockout power. An explosive fighter, “The Magician” packs a powerful left hand and has eight knockout wins to his record.

Despite his power, and his feared striking, I actually don’t give the advantage to Dodson here. “Mighty Mouse” despite probably being less powerful, is extremely technical, having no problem striking from any stance. The champion is also very quick, fluent, and mixes up his attack very well.

Johnson proved to possess some knockout power in his devastating flooring of Joseph Benavidez, and also proved to have a solid chin in his bout against Dodson. He’ll have to watch out for the challenger’s power, but overall, I see the champion as the superior striker. 55-45 Johnson

Both men are solid wrestlers, but once again I see Johnson as the superior. Dodson was a multi-time state champion in his high school days and lands 1.12 takedowns per contest. However, he uses his wrestling pedigree mainly to stay on his feet, as he showcases strong takedown defense.

Johnson on the other hand uses his offense wrestling more often than Dodson, landing 3.74 takedowns per contest, and the champion has improved in this area quite a bit over the years. With a 55.56% takedown accuracy rating, Johnson has shown exquisite timing between striking and takedowns, as well as the ability to shoot from either stance making him a threat in the wrestling department. Dodson’s defense keeps the gap a tad bit closer, but “Mighty Mouse” is simply the better wrestler in my mind. 55-45 Johnson.

This is where the champion holds his biggest advantage in my mind. Johnson has nine submission wins in his career, and has won his last two fights by submission. “Mighty Mouse” has consistently shown effortless and smooth transitions on the ground, and is always looking for the submission.

Dodson on the other hand, only holds two submission wins to his name. “The Magician” has never been submitted, but he could find himself in some trouble if the fight hits the mat. 60-40 Johnson.

It looks to be a clean sweep for the champion, but the numbers don’t always prove to be true, as anything could happen in a fight. Dodson is full of confidence as he believes that he won the first fight, and he can never be counted out with his power. Can Johnson hold onto his gold this weekend?