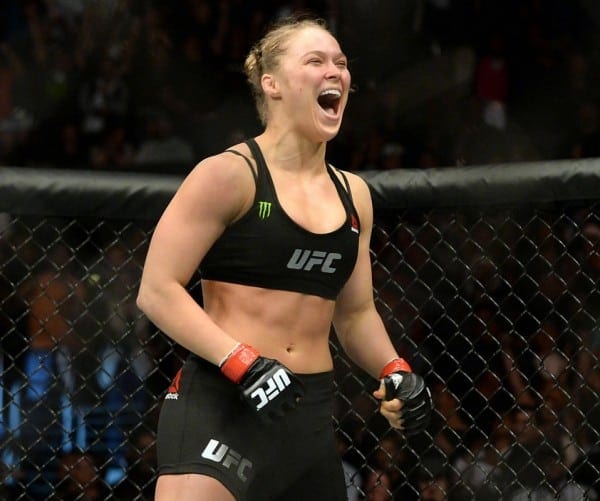 It’s hard, if not downright impossible, to go against the general consensus here in what may be one of the more lopsided UFC title fights in recent memory. Correia has played the game well and talked herself into a title shot in the process, but the fact remains that the UFC record of the three opponents she beat to get there is an ugly 1-7. She just doesn’t have anything for Rousey here; in fact I’m reluctant to even give here a punchers chance given how devastating Rousey has looked on the feet as of late. But I still believe it will end on the mat (insightful prediction, I know). Rousey by first round submission.

It would be foolish to say that Bethe Correia doesn’t have a chance at UFC 190, but in my opinion she’s about as close to a shut-out as can possibly be. Ronda Rousey has made a habit of annihilating contenders in the past, and all you need do is compare the most recent form of each Rousey and ‘Pitbull’ to see how this one will play out. The most dangerous submission specialist in all WMMA has advanced her striking to astronomical levels, and Correia is known more for getting into gritty slugfests as opposed to having crisp technical striking. I’m going to go out on a limb though, and make the controversial pick of….just kidding, Ronda Rousey by first round armbar, NEXT!

This is quite an easy fight to call for me. Bethe Correia has looked super impressive as of late. The Brazilian is undefeated, a powerful striker, and she has done a fantastic job promoting this fight, but at the end of the day there is only one Ronda Rousey, and the champion is just leaps and bounds above the rest of the 135-pound contenders. Obviously known for her world-class judo skills and her devastating submissions, Rousey has also improved her striking, and I don’t see any way she could lose this bout. The “Rowdy” one also has some extra motivation as she is looking to punish Correia, and I see it ending early. Rousey by first round submission.

This rematch of their 2005 Pride classic obviously doesn’t bring the same amount of hype and attention that it did back then, and for good reasons. It goes without saying that Rua and Nogueira are two elder statesmen of the sports that deserve their respective spots in the annals of MMA history. But as far as this fight goes, with Shogun losing four out of his last five and Nogueira struggling mightily to even make it to the octagon due to seemingly never-ending injuries, there just aren’t many positive outcomes here. One of these legends is probably going to be unceremoniously finished, and based on what I’ve seen from Rua’s training with famed Kings MMA coach Rafael Cordeiro, I believe it’s going to be ‘Lil’ Nog.’ Rua by first round TKO.

Mauricio ‘Shogun’ Rua and Antonio Rogerio Nogueira are two of the sport’s most revered icons, mainly due to the exciting and successful tenures in Pride FC. Now, years after the Japanese MMA promotion went defunct, the two have experienced a considerable downswing. Indeed Rua’s recent form has been a little more abysmal than Lil Nog’s’, but it’s clear that Nogueira is also miles past his prime. I actually see this fight as close to even, perhaps Nogueira has a little more left in the tank regardless of age, but I don’t think it’ll be his night. I think Rua continues what Anthony Johnson started in the UFC; Shogun by TKO in round two.

This is a difficult fight to call for me, not because both men have been successful as of late, but actually because both men have not looked so good recently. This is a rematch ten years in the making between Mauricio “Shogun” Rua, and Antonio Rogerio Nogueira, but both men are way past their prime. “Shogun” has lost four out of his last five, getting knocked out in his last two, while “Lil Nog” has lost three out of his last five, his most recent a brutal knockout loss. Both men have world-class submission skills, and solid well-rounded standup skills, with Rua using a Muay Thai-based attack, while Nogueira uses a more boxing based style. It seems like an interesting matchup on paper, but I don’t think either man has much left. That being said, I’m going to go with “Shogun” with an early first round TKO victory.