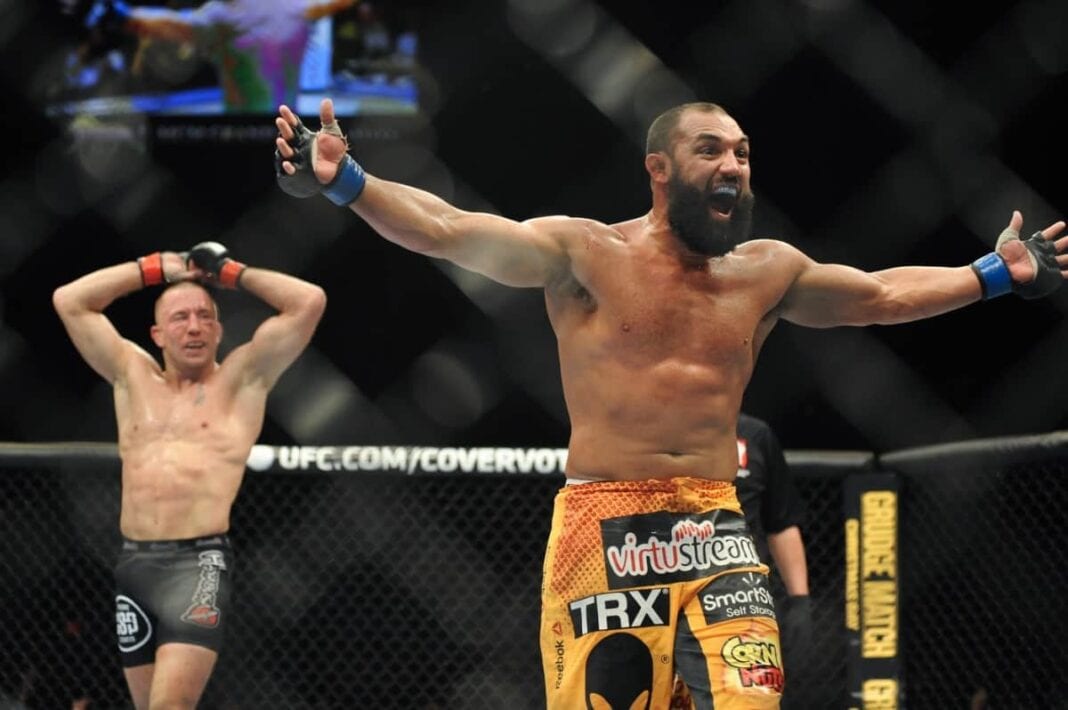 Pettis silenced his critics with his bounce-back performance against Gilbert Melendez after nearly 15 months off, and he’s planning on making dos Anjos his first victim on his hit list for a purportedly packed 2015 schedule. The streaking Brazilian has taken care of some top names with shocking ease recently, and his striking has seemingly risen to a new level under Muay Thai wizard Rafael Cordeiro. But his striking isn’t quite good enough to hang with the dynamic “Showtime” on the feet, and his wrestling isn’t to the point where he can hold Pettis down and keep him there. Dos Anjos will put up some resistance, but I still think Pettis takes this with a second TKO.

Anthony Pettis faces a hard-nosed veteran in the form of Rafael Dos Anjos, but nothing he hasn’t had to deal with before. The Brazilian has shown he belongs with the elite of the division, but he just isn’t the one for the job in my mind. The fight starts standing, and I don’t think the boxing RDA brings will give “Showtime” any trouble whatsoever. The champ now also has a brutal ground game, as exhibited by his finishing of Benson Henderson from his back. Gilbert Melendez suffered the same fate by going to the well with the takedowns, so I think Dos Anjos has very limited options here. I’m predicting a textbook finish for the champ, Pettis by head kick KO in round one.

This is a very interesting fight to me because the two men are actually quite similar. Reigning king Anthony “Showtime” Pettis is an electrifying striker with lethal kicks, but has improved his ground game as shown in his last two bouts, which were back-to-back submission wins. Rafael dos Anjos, on the other hand, is a Brazilian Jiu-Jitsu ace who has improved his striking as seen in his last two bouts, a devastating knockout over Benson Henderson and a one-sided demolition of Nate Diaz. For me, Pettis is simply just the best at 155 pounds. His striking, despite dos Anjos’ improvements, is highly superior to the Brazilian’s, and I believe the champion’s ground game has evolved enough as to where he won’t get submitted. I think the champion is just too unpredictable, too athletic, and has more ways to win. “Showtime” by second round knockout.

To me Esparza proved that she is a cut above in her dominant win over Rose Namajunas to secure the belt at The Ultimate Fighter (TUF) 20 Finale. While Namajunas might not quite be ready to be a top contender just yet, Jedrzejczyk is despite her controversial decision victory over Claudia Gadelha to earn this fight. The intense Polish strawweight has some super-quick and dangerous striking, but Esparza’s top-level takedowns are just too tough to stop. My pick is Esparza by clear-cut unanimous decision.

Carla Esparza’s road to the strawweight title was not an easy one, and she faces an extremely tough competitor in Joanna Jedrzejczyk. The Polish fighter is durable, strong and non-stop in the stand up. What the champion has is a heavy wrestling game, and I think she’ll use it to the full extent against Jedrzejczyk. She knows how to bang, so don’t be surprised if the challenger puts the champ in a compromising spot or two, but I don’t think she has enough to dethrone at UFC 185. Esparza by decision.

In the co-main event, we have the classic wrestler versus striker bout. Powerful wrestler Carla Esparza puts her strawweight title on the line for the first time against Polish striker Joanna Jedrzejczyk. Jedrzejczyk is a very credible challenger possessing crisp combinations and powerful kicks. She’ll definitely have the striking advantage over the champion, but in my opinion, the champion holds the advantage in wrestling and grappling. Jedrzejczyk has good takedown defense, however, and she’s quite lanky, which may play to her advantage. If Esparza can get the Polish-born striker to the ground, I see her finishing it on the mat. She’ll have to avoid the striking, but I see the champion defending her belt by fourth-round submission.

This bout to potentially decide the next welterweight title challenger should be an entertaining one. Former champion Hendricks is hungry to get his belt back, but he hasn’t appeared as hungry for food as he has in recent lead-ups to his bouts. “Bigg Rigg” is looking svelte and in shape for this quick turnaround, and he knows he can’t allow himself to fade in the later rounds as he did in his rematch with Robbie Lawler. Brown will bring a nonstop and frenetic pace to endlessly seek a finish, so Hendricks will have to be on his top game. Brown has the ruthless aggression to possibly defeat any welterweight, but I see Hendricks using his superior wrestling background to his advantage. It should be a firefight, one that I see Hendricks winning a strong unanimous decision.

Matt Brown has that super-entertaining, relentless style that made him a fan favorite during his seven-fight win streak in the UFC. Although current champion Robbie Lawler halted it, “The Immortal” showed a lot of heart in that fight. Also recently beaten by “Ruthless”, Johny Hendricks was once known as a vicious knockout artist at 170 pounds. He struck gold when fighting for the vacant strap in his first fight with Lawler, but came up short when it came time to defend the belt due to weight cutting issues. Apparently correcting those problems, I think “Bigg Rigg” will be a formidable foe once again. He is great to watch, but I don’t think Brown is championship material like Hendricks is. “Bigg Rigg” takes a decision.

In this bout we likely have a title eliminator at 170-pounds between not only two of the best welterweights in the world, but also two of the hungriest. Both Johny Hendricks and Matt Brown are coming off loses in which Hendricks lost the belt and Brown lost a chance to fight for the title, so both will be extremely motivated to bounce back. “Bigg Rigg” has had weight issues in the past, but is reportedly in the best shape of his life, so we could see a new and improved version of the Texas native. Known for his devastating power and grinding wrestling, Hendricks will probably look to pressure Brown and throw his big left hand. However, that will be hard to do against Brown’s inhuman pace. “The Immortal” also has vicious striking, as well as a strong clinch game. This is an extremely hard one to call for me, but I’m going to go out on a limb and choose the upset. If Brown can avoid the takedown, pressure Hendricks with big shots, and tire the former champion, I see “The Immortal” taking a decision win.