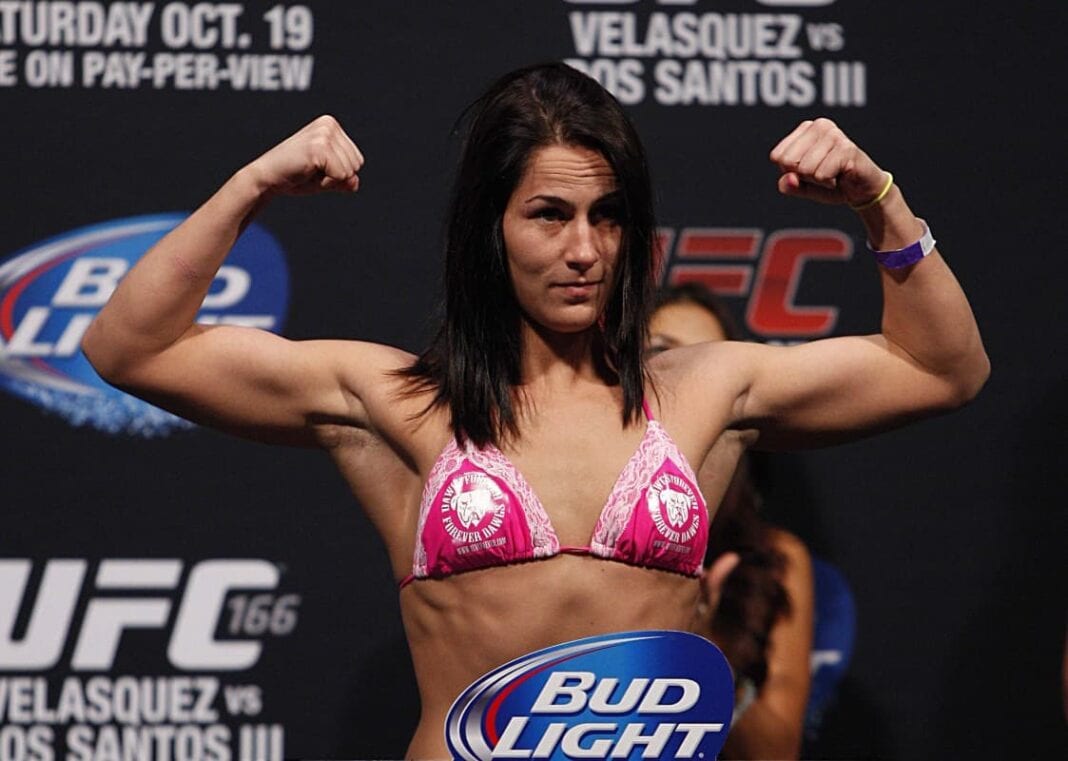 Join us right here on LowKickMMA.com for the UFC 180 live prelims results as the world’s largest MMA promotion makes the trip down to Mexico for the first time in history.

In the featured prelim bout, Leonardo Morales battled Yair Rodriguez for the featherweight The Ultimate Fighter (TUF) Latin America title. Morales snapped repeated kicks to Rodriguez’ body early, prompting Rodriguez to clinch and secure a takedown. Taking Morales’ back, he went for a choke. But Morales spun and Rodriguez went for two armbars, the second of which appeared to be sunk in deep. Morales got out, and an odd restart saw Morales land a few kicks. He scored with a solid flurry, but Rodriguez returned fire to end the exciting first round.

Rodriguez pushed forward in the clinch in the second, attempting a judo throw that Morales defended. But Rodriguez got a takedown to land some ground and pound and control the fight. Rodriguez got up and went for a cartwheel kick to heel hook (something new there), switching it to an armbar attempt. Morales got up but ate an upkick as Rodriguez went for another heel hook to close out the round.

Morales came out smoking with his kicks in the third, but hit Rodriguez with a glancing low blow. The fight restarted and Morales landed a hard body kick, with Rodriguez countering with some kicks and punches. Another low blow, this time to Morales, caused another pause. The fighters traded shots before Rodriguez went for a takedown, but it was Morales who scored a toss. A stand-up battle ensued, with Rodriguez jumping for a flying knee and Morales snapping more kicks and a solid combo to end the fight. It was a close, hard-fought affair, and Rodriguez took home the inaugural TUF Latin America featherweight contract.

Alejandro Perez and Jose Alberto Quinonez squared off for bantamweight TUF Latin America title. Quinonez got an early takedown, landing some pinpoint shots before scoring a nice trip off a kick. He kept his movement high, but Perez snapped some hard leg kicks. Perez landed a sharp combination and continued to snap hard punches to wobble Quinonez at the end of the round.

They swung hard leather in the second, with Perez landing the harder shots. He continued to score with good shots, but Quinonez landed some hard punches of his own. He wobbled Perez and sent him running around the Octagon, chasing him down before third round ended. Perez came out swinging in the final round, securing a suplex to look for a choke and an armbar. Quinonez broke free to land knees to the body and go for an arm triangle. Quinonez blatantly headbutted Perez, cutting him up to earn a massive two point deduction.

When the fight restarted Perez appeared a bit sluggish. Quinonez took him down to go for a guillotine, but the fight ended and Perez took home a unanimous decision to win the bantamweight TUF contract.

Women’s bantamweight Jessica Eye came out swinging against Leslie Smith, landing several crisp punches. Smith fought back with a solid counter of her own. The fighters traded kicks, and Eye unleashed another combo. She teed off with relentless, accurate shots to force a torrent of blood to flow from Smith’s ear. Eye snapped more shots to the ear in the second but Smith landed a hard elbow. Referee Herb Dean stepped in to halt the action with Smith’s ear literally hanging off of her head, and the fight was called off.

Gabriel Benitez and Humberto Brown kicked off the FOX Sports 1 prelims, and it almost ended early when Benitez locked in a deep guillotine choke off a double leg takedown attempt. Somehow Brown got out, and Benitez went for it again, but Brown slipped out to land in Benitez’ guard. The fighters got up and a brutal low knee to Benitez put a halt to the action. Benitez went for a third guillotine but was unsuccessful as the bell sounded on the first round.

A striking battle ensued in the second, but a point was taken from Brown for a second low blow. The action slowed down in the clinch to end a closer second round. Benitez scored a good two-punch combo to start the third, and ended finally the bout with his vaunted guillotine choke, leaving Brown passed out on the canvas.

Enrique Briones and Guido Cannetti went to war in the second Fight Pass preliminary bout. Cannetti landed some shots and ground and pound in the first, and the bout turned into a slugfest. Cannetti went to work with huge knees to the body and a few hard left hands to win the opening frame. Hard shots were traded, with Cannetti the aggressor, but Briones rocked him with a huge right uppercut to swarm with ground shots and finish the fight with a rear naked choke.

The Fight Pass preliminary card was kicked off by The Ultimate Fighter (TUF) Latin America contestants Marco Beltran and Marlon Vera. The bout featured a back-and-forth first round where Beltran got a decent slam and Vera went for a guillotine choke. Vera got a takedown and took Beltran’s back in the second to look for a choke, but Beltran reversed. He got the full mount to rain down elbows at the end of the round. The fighters traded varied strikes in the third, with Vera scoring with several elbows and a smothering top game. However, Marco Beltran took home the first-ever UFC victory in Mexico with a close unanimous decision.