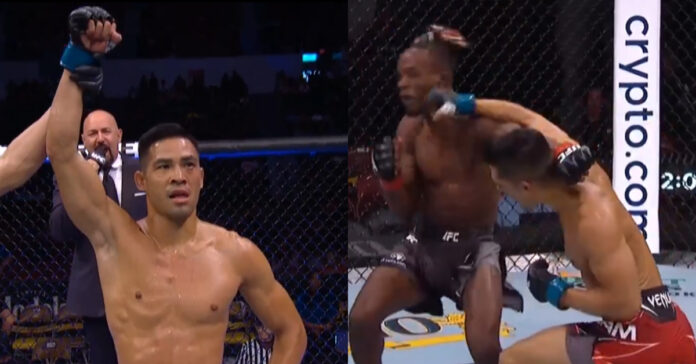 Going into the bout as one of the hottest stocks in the promotion, Osbourne was looking to extend his winning run with a victory over Nam, who was coming off a loss to Matt Schnell. They clashed on the prelims of UFC Fight Night: Vera vs. Cruz at Pechanga Arena in San Diego, California.

Osbourne appeared confident from the start as he put on a flashy performance using his wide range of striking options. Nam stayed composed and analyzed his opponent’s movement. After Osbourne threw a flying knee, Nam gave back an ominous smile as an indicator of what was to come. Osbourne threw another flying knee and Name sent him crashing back down to the ground with a vicious right hook.

Below, catch the highlights from Ode Osbourne vs. Tyson Nam