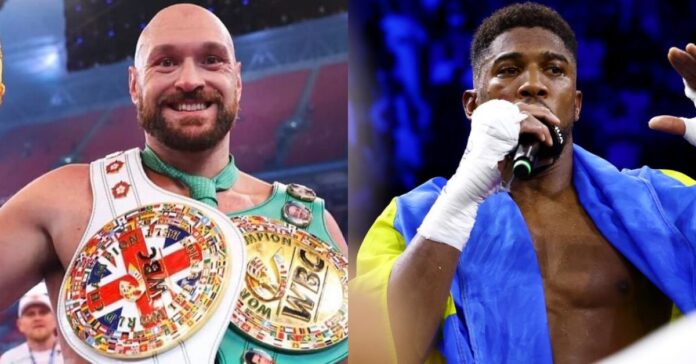 As per an initial report from boxing journalist, Michael Benson, as per Hearn, Joshua has accepted an offer to compete against fellow British heavyweight standout, Fury in a long-awaited championship fight before the culmination of the year.

“Eddie Hearn has stated that Tyson Fury’s offer to Anthony Joshua includes rematch clause (if Joshua wins) for a second fight at 50/50 (split),” Benson tweeted. “He said A.J. is happy to accept rematch clause if second fight would be 60/40 in his favor. Hearn doesn’t envisage this to be a problem. [@IFLTV]”

In response to Hearn’s statement regarding a potential fight between Fury and Joshua, the defending WBC heavyweight champion has called for the fight to take place on either November 26. or December 3. – rather than December 17.

“Tyson Fury has now dedicated that he’s not happy with Anthony Joshua’s request for their fight to take place on Dec 17th.,” Benson tweeted. “Fury replied in an Instagram comment: “Nov 26th at Wembley or Dec 3rd in Cardiff. That’s the dates, take or leave.”

Speaking with TalkSport, Fury doubled down on his wish to secure a fight at the end of November of the beginning of December with Joshua, rather than wait until a week before Christmas.

“Tyson Fury on the Anthony Joshua fight date:,” Benson tweeted. “I have Nov 26th at Wembley or Dec 3rd [at Principality]. One is 11 weeks, and one is 12 weeks. If a professional athlete who’s shredded all year round can’t get himself in shape in three months, there’s a problem.”

Floating a potential retirement ever since his April knockout victory over Dillian Whyte to retain his WBC heavyweight crown, Fury has since, however, called for a fight with WBA heavyweight kingpin, Oleksandr Usyk following the Ukrainian’s second career win over Joshua last month in Saudi Arabia.