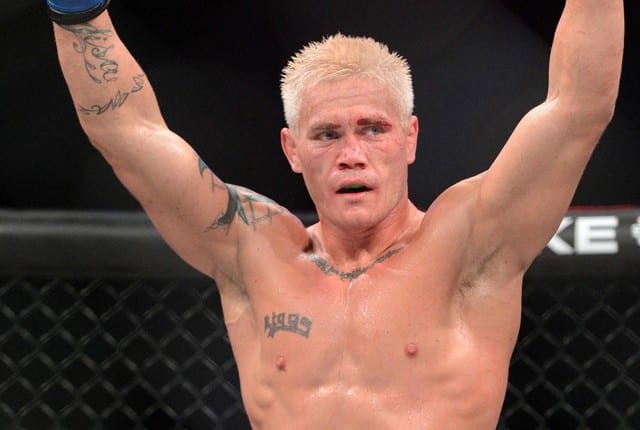 The UFC continues to add more bouts to their next pay-per-view event as two new bouts were announced on Friday.

Clay Collard is 2-2 in his last four bouts and is coming off a unanimous decision loss at UFC 188 to Gabriel Benitez.

Andre Fili is 2-2 in his last four bouts and is coming off a first-round submission loss to Godofredo Castro at UFC Fight Night 62.

Ron Stallings is looking to keep his winning streak alive after coming off a unanimous decision win over Justin Jones at UFC Fight Night 63.

Demetrious Johnson vs. John Dodson for the flyweight title will be the main event while Andrei Arlovski vs. Frank Mir will be the co-main event for this card.

UFC 191 will be held on September 5, 2015, at the MGM Grand Garden Arena in Las Vegas, Nevada. The event will air on pay-per-view, FOX Sports 1 and UFC Fight Pass.

Down below is the updated card for the event:

Expect the UFC to continue to add more bouts to this event as the event gets closer. Keep it locked to Low Kick MMA.com for the latest news and coverage of this event.