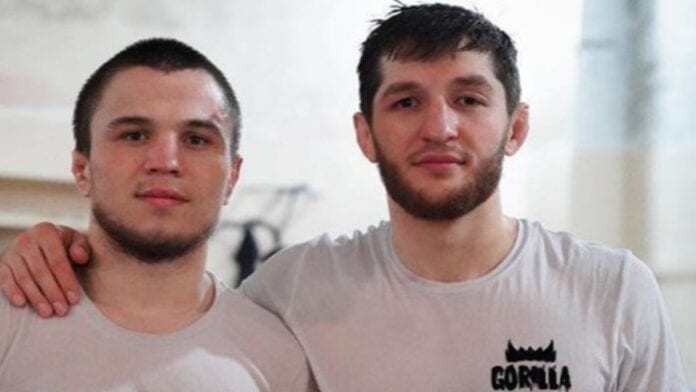 Two highly-regarded teammates of Khabib Nurmagomedov will no longer be making their debuts on Fight Island this month.

Bantamweight Umar Nurmagomedov — the younger cousin of Khabib — and flyweight Tagir Ulanbekov were set to make their promotional bows with against Nathaniel Wood on July 25 and Aleksander Doskalchuk on July 18 respectively.

However, following the death of Abdulmanap Nurmagomedov on Friday, that will no longer be the case as they have cancelled their departure to Fight Island in Abu Dhabi.

The news was reported by RT Sport’s Dennis Geyko.

“JUST IN: Khabib teammates Umar Numagomedov and Tagir Ulanbekov have both cancelled their departure to #UFCFightIsland following news of Abdulmanap Nurmagomedov’s death. Unclear if they will now make their UFC debuts”

It only further highlights just how revered the senior Nurmagomedov was, having been a major figure in the rise of Dagestani mixed martial arts and many fighters hailing from the region.

As for their opponents, Doskalchuk will now face Canadian Malcolm Gordon who proceeded to sign with the UFC soon after.

There is no word if Wood will receive a new opponent as of yet.

What do you make of the news?