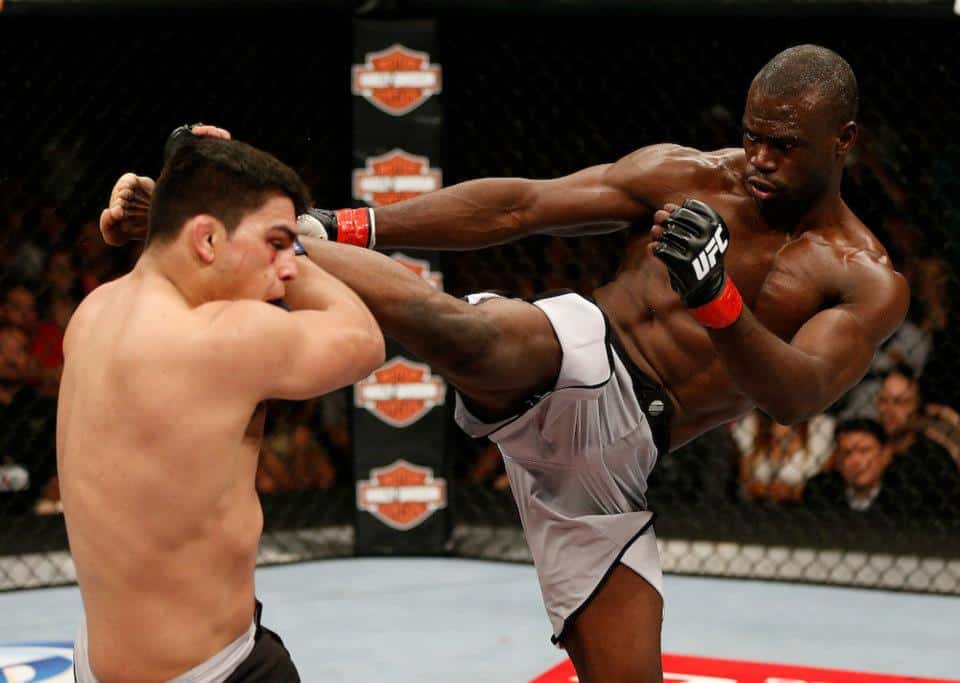 If you missed Uriah Hall’s technical knockout win against Gegard Mousasi at UFC Fight Night 75, you might want to watch it here….

UFC Fight Night 75 went down in the Saitama Super Arena, Saitama, Japan last night (Saturday September 26, 2015). It was a decent night of fights overall, but one finish stood out more than any other. The Ultimate Fighter 17 finalist Uriah Hall fought Gegard Mousasi in the co-main event of the evening, and upset the odds with a monster TKO.

”The Dreamcatcher’ was originally slated to face Roan Carneiro on the evening’s card, making the odds of the former Dream and Strikeforce champion winning even heavier. It wasn’t to be though, as just 25 seconds in to the second round ‘U-Hall’ landed a peach of a spinning back kick to Mousasi’s head. A flying knee with some follow up punches was all she wrote, giving Hall undoubtedly the biggest win of the UFC Japan show. The finishing sequence echoed his notorious finish over Adam Cella during TUF.

Check out how Twitter reacted to Hall’s monster TKO over Mousasi in Japan, and click to the next page for the reactions to the rest of UFC Fight Night 75!

Okay, whoever just suggested Uriah Hall vs. Vitor Belfort… gotdamn, I could get into that.

When Uriah Hall gets his head right, he is a scary scary fighter It’s a matter of hitting that mental switch. He hit it today That happens — MMA History Today (@MMAHistoryToday) September 27, 2015

Nice job, Road To UFC: Japan® finalists*. *No, I didn’t know that was a thing, either.

Wow what a war!! Japanese crowd is so awesome and respectful. Love this! #UFCJapan pic.twitter.com/SZPYD2qmSv — Mike Quick Swick (@officialswick) September 27, 2015

Whoa! Nakamura grabs the rear naked choke and Jingliang doesn’t tap but face plants after he goes out. #UFCJapan