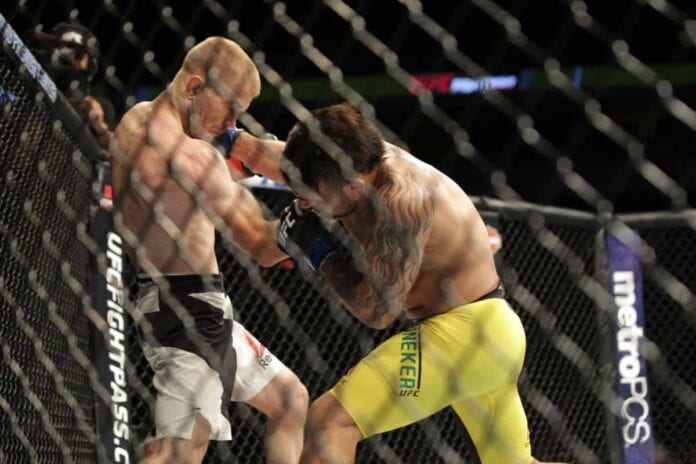 UFC Fight Night 91 went down this past evening live on FOX Sports 1 from Sioux Falls, South Dakota, and although the card was somewhat overlooked, it delivered in a massive way. From top to bottom, the event featured entertaining fights and brutal finishes.

The main event was no different as rising bantamweight contenders Michael “Mayday” McDonald and John “Hands of Stone” Lineker went to battle in a pivotal divisional matchup. “Mayday”, however, proved to be no match for the Brazilian slugger, as Lineker simply lit McDonald up in the first round. After dropping his opponent early on, Lineker landed a devastating left hook that would finish the job and earn him a TKO victory.

Check out how Twitter reacted to the electrifying knockout below:

I like watching that little guy twisting hooks & knockin chins. He will get embarrassed by @DominickCruz or @Cody_Nolove tho. #UFCSiouxFalls