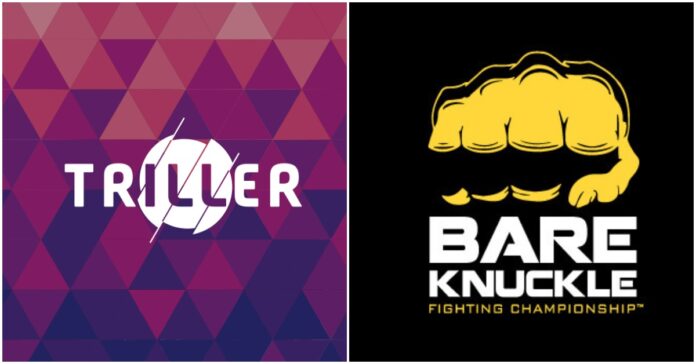 The founder and president of BKFC, David Feldman, has revealed today that he’s sold the majority stake of his bare-knuckle fighting promotion to the popular sports brand Triller.

Bare Knuckle Fighting Championship made its start in 2018 and was treated with laughs and jeers at the thought that Feldman was bringing back such an ancient concept. However, clever marketing and key free-agent signings have done nothing but grow the brand, despite the doubters.

Appearing on The MMA Hour, Feldman discussed his venture, his hard work growing the brand, and just what this Triller deal means for everyone involved in BKFC.

“Triller will acquire the majority stake in Bare Knuckle Fighting Championship to allow more opportunities, more resources, more funding, just everything that we really need to vie for that No. 1, No. 2 spot in combat sports,” Feldman said (transcribed by MMA Fighting).

“We grew this thing to a point where we thought that we got it as far as we could take it by ourselves right now… We needed to make a partnership that was going to take us to the next level, create more opportunities, more resources, more funding, more things like that to acquire some more fighters, take care of the fighters that are already there, and just create more opportunities for everybody… Nothing is really going to change in the operations of BKFC, we’re just going to have more assets, more resources, and more possibilities.”

Since its inception, MMA fans have sneered at Bare Knuckle FC. However, with fighters like Mike Perry and Chad Mendes debuting with the promotion and partaking in exciting fights, is it time to start cheering?

It’s hard to tell how BKFC will run under Triller, and how the acquisition will affect its brand. Triller doesn’t have the greatest reputation itself, so this could water down its image or instead make it even more mainstream, with a potential for a Paul brother crossover even.

What are your thoughts? And would you want to see a potential crossover between brands? Leave your answer down in the comments below!