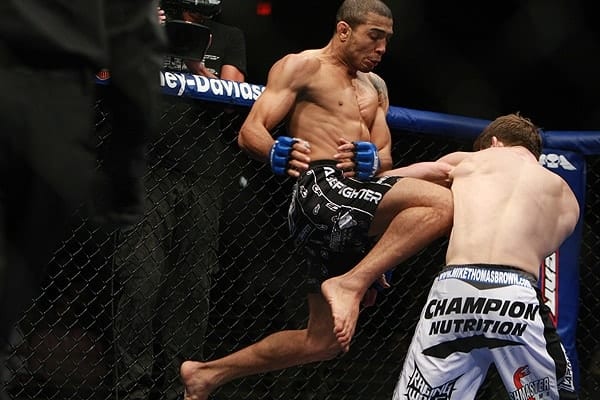 UFC 189 will pit the featherweight champion Jose Aldo against surging Irish sensation Conor McGregor in the main event, hopefully putting to rest a rivalry that spans back two years. ”Scarface’, who trains out of the renowned Nova Uniao camp under UFC veteran Andre Pederneiras, has proved his worth as the most elite 145-pound fghter over the last 11 years; compiling a 25-1 record, and going unbeaten for nearly ten years. Time will tell if Conor McGregor is the one.

Aldo’s reputation is born from ruthless knockouts during his span in the WEC (World Extreme Cagefighting), and his three-fight reign as the champion there before getting promoted to UFC champion and beating Mark Hominick in 2011. Aldo has the most wins and knockouts in WEC/UFC Featherweight history with 14 and 9 respectively, and has landed the most (691) significant strikes in featherweight history. Some of the most famous featherweight KO’s of all time are thanks to the dangerous Muay Thai of the Brazilian boss, and we’ve compiled a Top Five Jose Aldo Knockouts list to pay tribute to Junior’s stand up game. 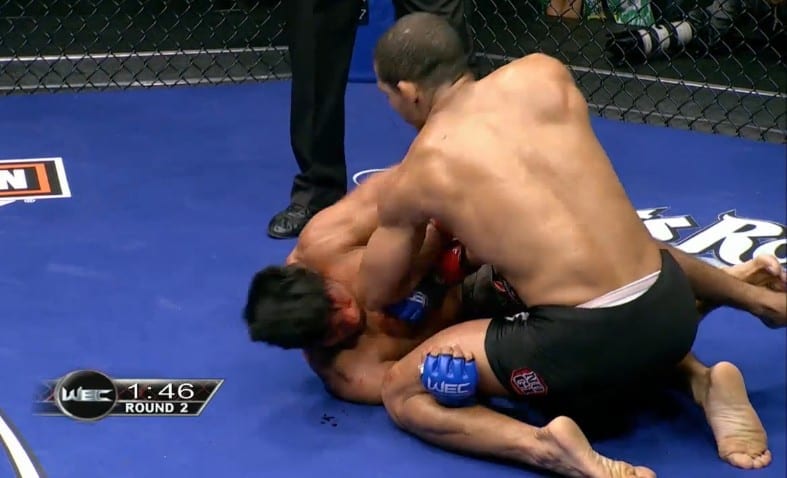 Aldo’s WEC debut was against a game 13-4-2 Shooto lightweight champion in Franca Nogueira, and it was about as one-sided a fight as you’ll ever see. Aldo stalked Nogueira for the entire first round, chasing him around the cage with strikes and completely nullifying all attacks and takedown attempts in the process. Then came the end of the fight in the second round, and it wasn’t pretty.

The knockout itself is not what puts Aldo’s finish over Nogueira on the list, it’s the significance it holds. ”Scarface’ put himself on the map with the win, and started his five-fight winning streak to the WEC featherweight title fight with Mike Brown.

Enjoy the nasty elbows and punches that put Nogueira out of action at WEC 34, and take note that his opponent was high as a kite on steroids during the bout. See here 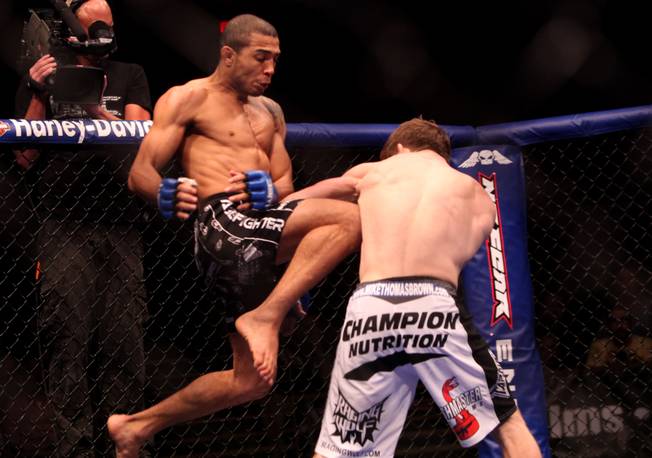 Again, not the cleanest or prettiest of knockouts, but a lot of weight is held by Jose Aldo’s landmark finish over Mike Brown. The ATT (American Top Team) product had knocked out Urijah Faber for the belt, defeating Leonard Garcia and ‘The California Kid’ in a rematch to stake his claim as the best of the best at the time. Aldo cared not for reputation, and made beating the defending champion look easy.

It was a huge turning point in the career of the consensus P4P (pound-for-pound) topper, and started a reign of terror that continues to this very day. 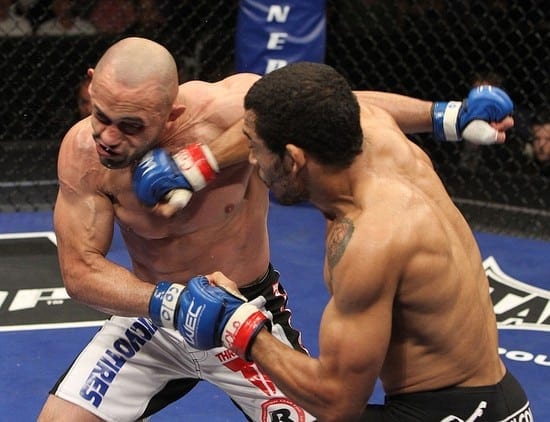 Aldo’s last fight and title defense in the WEC saw him pitted against 11-4 featherweight tank Manny Gamburyan, who was fresh off a brutal and clean KO over former champion Mike Brown at WEC 48. ‘The Anvil’ was primed for the 2010 featherweight title shot with three straight wins in the WEC, after already fighting five times for the UFC too. For ‘Scarface’ this would be a telling bout, and a loss could have proved crushing to his future fighting hopes.

As we know now, Aldo wouldn’t miss a beat against Gamburyan, and crushed his (then) worthy contender with a barrage of savage strikes in the second round. A UFC champion was born that night, as Junior would leave behind the WEC brand, and start a legendary career in the UFC.

Enjoy Aldo’s domination of the ‘Anvil’ below, in number three of The Top Five Jose Aldo Knockouts: 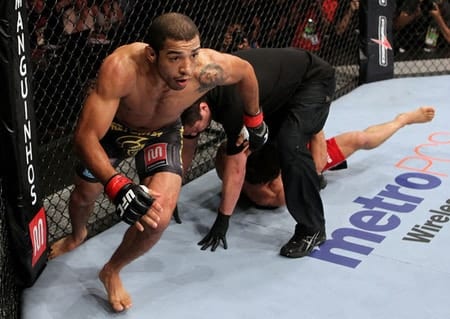 Jose Aldo was a well established champion by this point, having beaten Kenny Florian and Mark Hominick thus far in his UFC career, and touting a serious 20-1 record leading up to the 2012 bout with Chad Mendes. ‘Money’ was 11-0, and held a six-fight WEC (4) and UFC (2) win streak coming in to his first major championship bout. ‘Scarface’ was on full speed though, as he made the number one contender look like a bum in the last second of the opening round.

Mendes, for his part, had actually done pretty well throughout the opener, he wasn’t dominating, but was clearly holding his own against the undisputed champion. Aldo found an opening though, as a sloppy clinch against the fence left the challenger open for a clinically placed knee to the dome. Mendes clattered to the canvas, out cold before he landed, and the follow up strikes forced the referee to intervene and led to a jubilant Brazilian celebration.

Enjoy Aldo’s brutal victory over Mendes at UFC 142, and the number two of The Top Five Jose Aldo Knockouts: 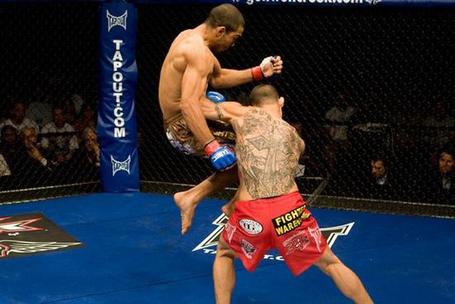 Jose Aldo took on Cub Swanson in a WEC featherweight title eliminator bout, with the So-Cal native Swanson touting a 13-2 record, including three WEC wins. Aldo’s reign as the boss of the division was yet to come true, and he needed a win here to get in to the top echelons of the MMA rankings. ‘Scarface’ didn’t just pull the win out of the bag, he made a ground-shaking statement in the process.

Swanson proved little match for the surging Brazilian prospect, as just eight seconds in to the bout it was all over. Aldo landed a spectacular flying double-knee, that ripped Swanson’s eyebrow to pieces, and sent him to the mat where he received some seriously hard shots. The legend of Jose Aldo was front page news in the MMA world, and he had an all-time highlight reel KO to bring in to the following title fight with Mike Brown.

A spectacular KO, one of the greatest ever, and number one in the list of Top Five Jose Aldo Knockouts: 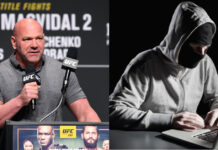