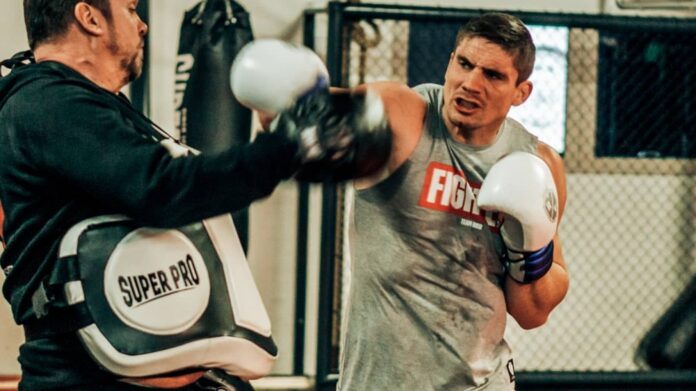 Dutch kickboxers occupy a collective seat of honor in the world of martial arts. There was a 20-year period where 15 of the 19 top K-1 Grand Prix champions were Dutch. What makes the Netherlands particularly good at kickboxing?

It could have something to do with the fact that Dutch fighters developed a kickboxing style that is distinctly Dutch. Brazil has a similar pedigree, with the creation of BJJ putting Brazilian competitors on the world MMA map. The same applies to Japan and Thailand, the home of Muay Thai.

Let’s get into a super-brief history lesson before we look at the top Dutch kickboxers.

A Brief History Of Dutch Kickboxing

The story starts where many MMA stories start: Japan. Kenji Kurosaki was a co-creator of the full-contact Karate variant that goes by the name Kyokushin. Kurosaki then added to his skill by moving to Thailand to learn Muay Thai. He thoughtfully incorporated Muay Thai techniques into Kyokushin Karate, moving to Tokyo to teach this Muay Thai and Karate fusion.

Enter the Dutch. In the ’70s, Dutch fighters like the world-famous Jan Plas traveled to Tokyo to train at Kurosaki’s gym. They used the techniques from Kurosaki’s Mejiro gym as a basis and inspiration for the Dutch style of kickboxing. This is a good place to start listing the top Dutch kickboxers. The list sheds light on the Dutch kickboxing scene, from its inception to the present day.

Jan Plas holds the title of ‘The father of Dutch kickboxing,’ thanks to his success as a trainer and organizer. He trained famous fighters like Rob Kaman and Peter Aerts.

Sadly, Plas died in 2010 at the age of 55. He committed suicide while serving time for drug trafficking.

Kaman boasts an impressive 21-year career that includes 97 wins and 21 losses. He is a middleweight fighter who holds a collection of Muay Thai and kickboxing titles. His fighting style featured devastating low kicks that often ended in knockout victories.

Young Kaman took up martial arts at 16 when he swapped football for Muay Thai and kickboxing. Kaman would go on to train and participate in MMA competitions around the world. In 1983 he won the world kickboxing championship. He continued to collect titles through to 1995. The later years of his career would feature fewer wins, coaching jobs, and an acting career.

Aerts is a heavyweight fighter with three K-1 Grand Prix titles to his name. His 20-year fighting career was punctuated by high kicks that would often deliver knockout victories. This distinctive fighting style earned him the nickname “The Dutch Lumberjack”.

In 2013, Aerts faced off against Rico Verhoeven; a fight that was as much a passing of the baton as it was the bookend to a brilliant career.

Schilt is a giant, both in stature and accomplishment in the field of martial arts. He is just under 7 feet tall, with four K-1 Grand Prix championships under his belt. Semmy is also a former GLORY heavyweight champion. His kickboxing record boasts 38 wins against 6 losses.

It is easy to come to the (wrong) conclusion that Semmy’s secret weapon is his seven-foot frame. In reality, Semmy’s size is backed by precision and technique, to devastating effect. This combination is the recipe behind three back-to-back K-1 titles.

Schilt is arguably the most accomplished Dutch kickboxer of his time. It may have something to do with his Karate background. In 1991, an 18-year-old Semmy earned his first black belt. He proceeded to spend years competing in different MMA circuits, up until his foray into professional kickboxing.

Semmy started his winning streak with a quarter-final win in the 2005 K1 championship. What followed was a series of wins and the odd loss. Unfortunately, Schilt had to retire in 2013 due to heart issues.

It bears mentioning that the late Ramon Dekkers is an eight-time Muay Thai champion. He is also an accomplished Dutch kickboxer with a combined 186 wins under his belt, 95 of those wins were knockouts. Dekkers only suffered 36 defeats in his career.

Dekkers took up Judo at age 12 but quickly switched to boxing. After a few years, he made the switch to Muay Thai and the larger MMA scene. Ramon’s fighting style is a high-energy flurry of kicks and blows. His ability to mount a blitz attack is responsible for his success in both Muay Thai and kickboxing.

Sadly, Dekkers died suddenly of a heart attack while exercising. Ramon was 43 at the time of his death in 2013.

Ernesto Hoost is a heavyweight fighter and a four-time K-1 World Champion. He is a veritable kickboxing legend with a level of accomplishment that’s comparable to that of Ramon Dekkers.

Hoost’s 1993 career debut is the definition of a meteoric rise. On his very first attempt, Ernesto came one win short of clinching the championship title. The rest of his career is just as impressive as his first major appearance.

At age 15, Hoost made the change from amateur football to kickboxing. He proved to be a fast learner and would soon try his hand at competitive MMA. From 1983 to 1993, Hoost put in the work that would ultimately propel him to the big leagues. He would go on to win the 2000, 2001, and 2002 K-1 world championships. He has 99 wins under his belt, with 62 of them being knockouts. This compares well to 21 losses and a draw.

Verhoeven is the reigning GLORY Heavyweight Champion. His impressive career boasts 58 wins and 10 losses. Verhoeven delivers more knockouts than he absorbs, which puts him right up there with the kickboxing greats. This 32-year-old kickboxer is also an accurate striker who will often land devastating blows that can deliver a KO within minutes of the starting bell.

Verhoeven started his fighting career at age 5, and the time he’s put in is evident in his collection of wins. In 2012, young Rico lost to Semmy Schilt, another Dutch kickboxing great. A year later, Verhoeven won a match against Peter Aerts at an event that was both a passing of the guard and a brilliant fight.

Martial arts lend themselves to the creation of new art forms and the improvement of existing ones. Every now and then, a martial artist comes along to innovate, create a new community, and craft a distinct fighting style.

The Dutch kickboxing scene is one such creation story. Jan Plas trained Aerts and Kaman, and he guided them to their full potential. In turn, Kaman and Aerts form a link between the older generations of Dutch kickboxers and younger fighters like Verhoeven. They provided mentorship and brilliant matches to usher in a new generation of fighters.