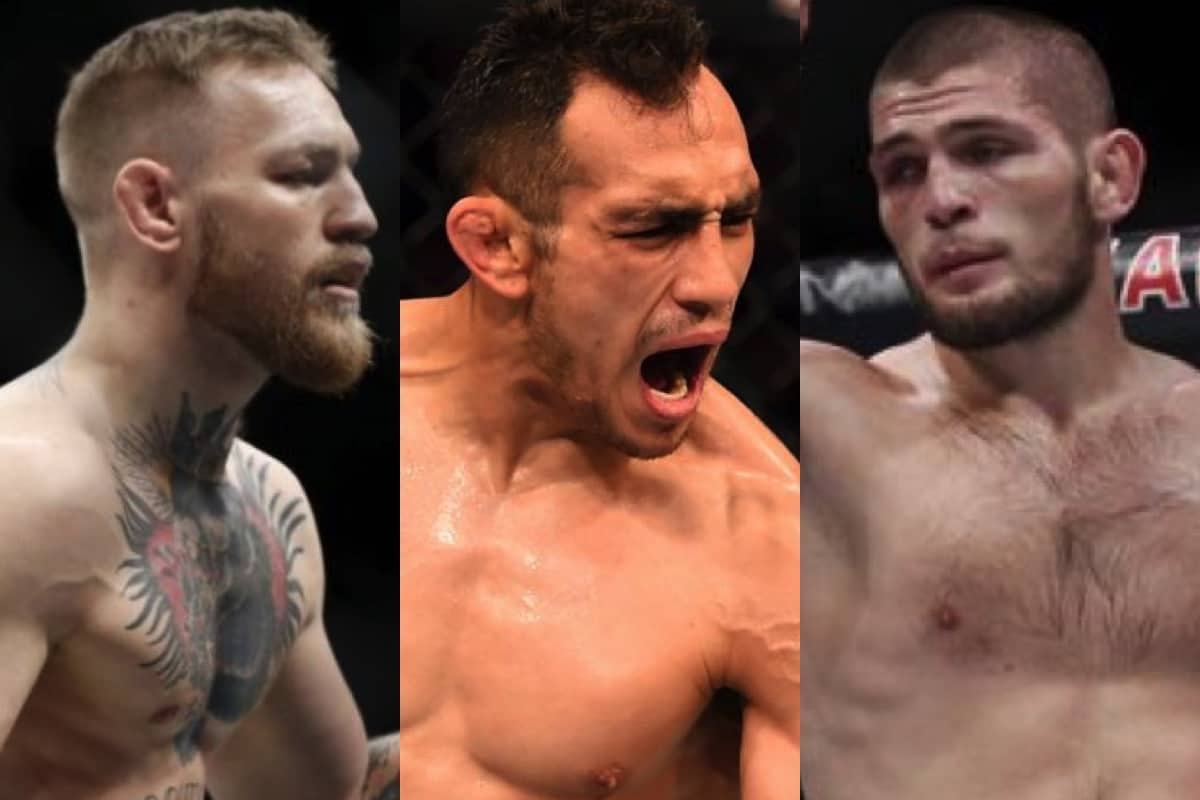 Tony Ferguson has called on his lightweight rivals Khabib Nurmagomedov and Conor McGregor to retire from MMA.

Ferguson is due to face off against Justin Gaethje for the interim lightweight title this Saturday, May 9 in Jacksonville, Florida. ‘El Cucuy’ was originally slated to face Nurmagomedov at UFC 249 on April 18. Unfortunately, the undefeated Russian champion was forced out the bout due to travel issues before the card was postponed.

Speaking on the UFC 249 pre-fight conference call Ferguson said he considers this weekend’s main event to be for the real lightweight belt, a belt he has been defending for some time now.

Ferguson continued to go after Nurmagomedov and fellow lightweight contender McGregor calling on them to retire for failing to show up and fight, he said.

“Khabib’s a b*tch I’m going to be real. Him and McNuggets they both need to f*cking retire. The only two real men out there right now is me and Justin Gaethje. America mottherf*ckers!

McGregor previously said he would be ready and willing to step in should either man fall out of UFC 249. However, when the time came ‘Notorious’ was deeply involved in the coronavirus efforts in his home nation of Ireland. The former dual weight UFC champion has been moving into politics and has made signicant contributions to charities during this international crisis.

Gaethje instead accepted the call and made for an all-American lightweight title fight this weekend. It promises to be an all-out war between the two most savage fighters in combat sports.

Do you agree with Tony Ferguson? Is he already a lightweight champion in your eyes?