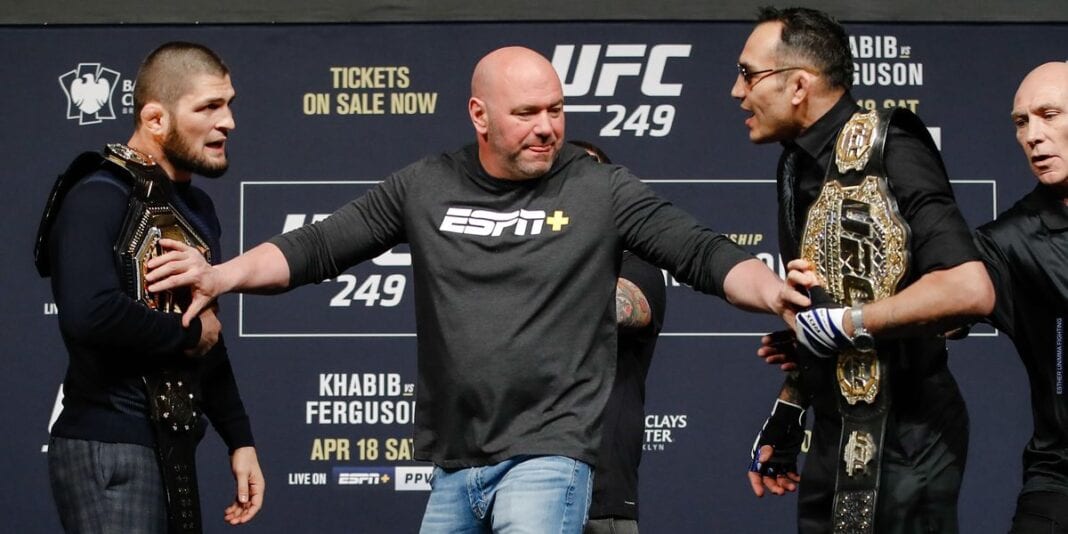 Tony Ferguson hasn’t given up on a fight with Khabib Nurmagomedov just yet.

Nurmagomedov announced his retirement from the sport of mixed martial arts following his impressive second-round submission win over Justin Gaethje in the UFC 254 headliner yesterday.

It was a decision that shocked many in the combat sports world as the expectation was that “The Eagle” would retire with a 30-0 record rather than 29-0. To make matters worse, it dawned on many observers that Nurmagomedov’s retirement also ended any chance of a Ferguson fight once and for all.

Not according to “El Cucuy” though. Fans were eager to see how he would respond to Nurmagomedov calling time on his career and he finally did on Sunday.

It appears Ferguson is still not giving up on a fight with Nurmagomedov.

The pair were slated to fight five times only for the contest to be called off on all five occasions. The most recent occasion was earlier this year at UFC 249 when the COVID-19 pandemic meant Nurmagomedov couldn’t travel outside Russia.

Instead, Ferguson would face Gaethje and lose which led to the title unification fight yesterday. If Nurmagomedov’s retirement sticks, it will certainly go down as the most cursed fight in combat sports history.

What do you think of Ferguson’s response?