LowKickMMA.com
Home UFC News Tony Ferguson Hasn’t Had This Confidence ‘In A Long F*cking Time’ Ahead... 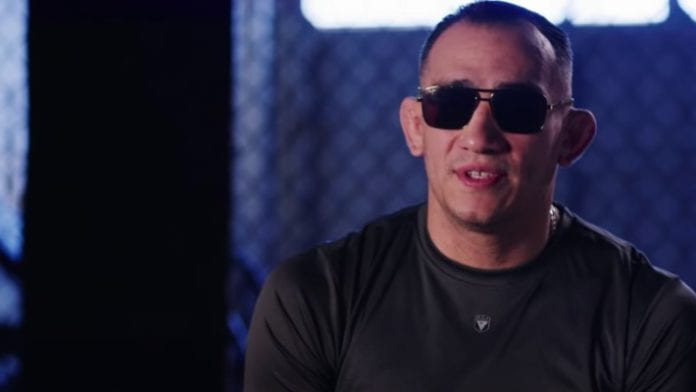 Ferguson collides with Gaethje in the UFC 249 headliner on Saturday for the interim lightweight title. Gaethje will be fighting on short notice while Ferguson has been in camp for a while, having initially been preparing to face Khabib Nurmagomedov.

The change of opponent doesn’t seem to matter for “El Cucuy” either as he states he’s always training for multiple people. And if it was even possible, he claims to be even more confident than usual.

“I train like a f****** vicious dude,” Ferguson said on the UFC 249 Countdown video (via SCMP). I’m always preparing for three to four people. And that’s why I’m ahead of schedule.

“I haven’t had this confident in a long f****** time. It took the training and I needed an opponent. He’s not getting out of the cage.”

Ferguson respects anyone who signs the dotted line to face him and Gaethje is no different.

That said, he feels “The Highlight” is one-dimensional and plans on breaking him as he has done with his recent past foes.

“One dimensional’s what he [Gaethje] is, but he’s very good at it,” Ferguson added. “He brings in a certain kind of culture, I guess you could say. But everybody has the same fight inside that cage, and that’s to win. If you really want it bad enough, you’re gonna knock out somebody in the first round. Second round, no matter, third round – you’re gonna knock them out.

The winner of the bout will ideally go on to face Nurmagomedov in a lightweight title unification fight later this year.

Who do you think comes out on top on Saturday?