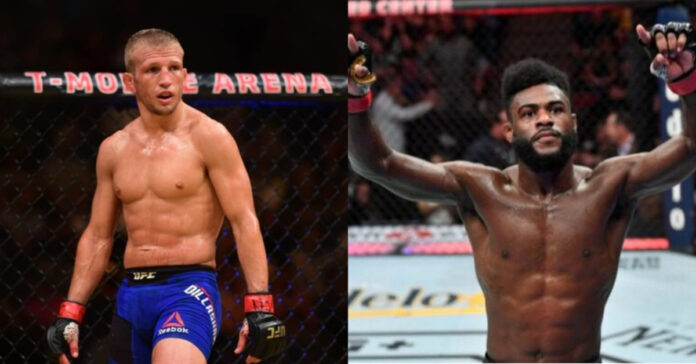 Following his unsuccessful flyweight title bid, T.J. Dillashaw would test positive for a banned substance, resulting in a two-year suspension and a tarnished image.

For most fighters, taking steroids is reprehensible and would be considered a cardinal sin in the eyes of many professional athletes. So when Dillashaw knowingly ingested the substance, which he claims were to help his drastic weight cut, he opened himself up for a line of fire, something which his next opponent, Aljamain Sterling is targeting.

READ MORE:  Darren Till targeting fight with Israel Adesanya: Title or not, that's a striking match I want

When making an appearance on The MMA Hour, Sterling expressed that he believes that Dillashaw is not a clean athlete.

In a recent interview with MMAJunkie, Dillashaw would refute this, stating that Sterling has to play down his skill set.

“He’s got to say something to downplay how good I am,” Dillashaw said. “I’m going to whoop his ass coming up soon in 10 weeks. He’s got to make some sort of excuse of why I’m winning, or who I am and why I am. It don’t bother me. It’s just a bunch of bullsh*t excuses. When I beat his ass he’s going to be like, ‘See.’”

“I never had anything against the guy until now I’m fighting him,” Dillashaw said. “The way he kind of handled winning the belt the first time and just continuing his persona outright. He’s a kind of not a likable guy, and he’s kind of rolling with taking the cringe to the next level. Nothing personally against him, other than the fact he acts like a dipsh*t.”

Do you agree with T.J. Dillashaw? 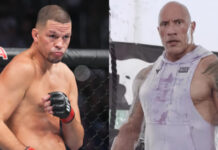