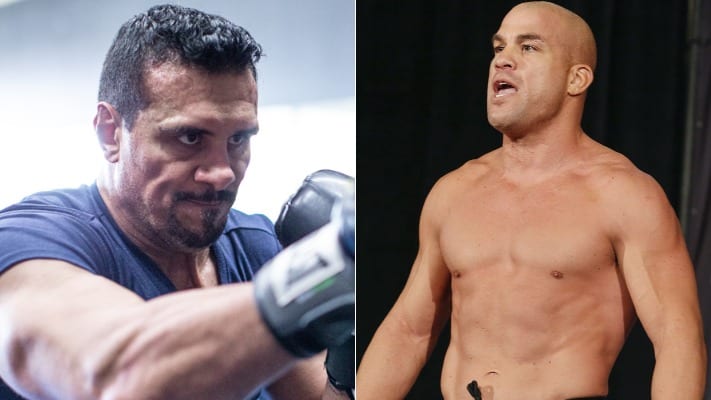 ESPN has confirmed the match-up for the Latin American mixed martial arts (MMA) promotion. No date or venue has been confirmed for the show as of this writing, but we’ll pass along more information as it becomes available.

Ortiz has been active in MMA competition over the past several years. His last outing occurred during the Golden Boy MMA event back in November. Ortiz defeated longtime rival Chuck Liddell via first-round knockout. Prior to that, Ortiz submitted Chael Sonnen in the first round of their Bellator 170 fight in January of 2017.

As for Del Rio, he is a longtime retired mixed martial artist who has been competing in professional wrestling for most of his life. Del Rio, whose real name is Jose Alberto Rodriguez, hasn’t fought since 2010. He has competed against notable names such as Kazuhiro Nakamura and Mirko Cro Cop, losing to both, the latter via knockout.

In his last fight, Rodriguez was finished in the second round of his fight against Yamamoto Hanshi in Spain. It ended a six-fight win streak for Rodriguez at the time, all of those victories coming via finish. Now, the 42-year-old will return to test himself against a former UFC champion.

What do you think about Ortiz facing Del Rio in his Combate Americas debut?