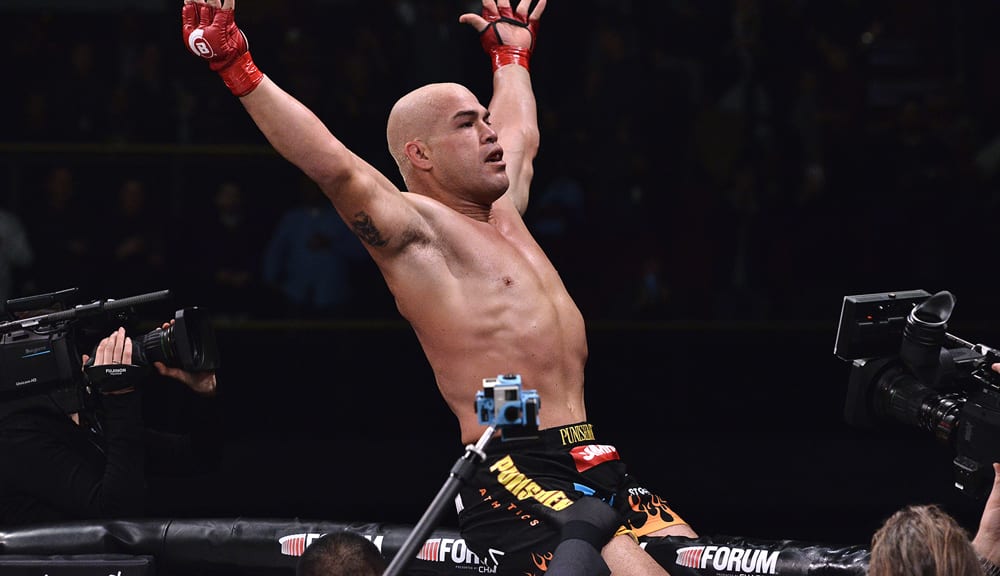 Tito Ortiz returned to the cage back in November when he fought for Golden Boy MMA. There, he took on Chuck Liddell in their trilogy bout, which he won.

Now, the 44-year-old is continuing to fight, as he has signed with Combate Americas and will take on former WWE star Alberto Del Rio later this year. As for why he wanted to return to fighting, well, it was an easy decision:

“I’m feeling great and I’m able to do it physically and mentally and I think that has huge value to it, but I love the sport, I love training, I love seeing how my body forms from the beginning to the end of camp,” Ortiz said to MMA Fighting.

“After my last fight with Chuck Liddell, I went from being in okay shape to being in a type of shape that I was in when I was 23 years old. People see the weigh-ins and every time my body structure is almost the same and it’s just because of how hard I push myself. But you have to be in the right mind space, you have to be in a positive environment because it helps us fighters compete.

“But really, I’m just happy, I’m content, I like to get in the gym and train, I like to push myself. After the Chuck fight, I came to this fork on the road of which way I go right now. Do I go in the business stuff and make decent money or do I go the other way and do something that I love, and still do the business stuff, but do the thing that I love and get in shape and compete.

“”I had to call Randy Couture and ask him the same question, ‘When you were 43 years old, what made you want to comeback?,’ and he said, ‘Well, Tito. I really felt like I wasn’t done, I felt like I could give so much more,’ and that’s all he had to tell me and I was in.

“My mentality, my mindset, my body, my life, the people surrounding me, the positive reinforcement I get, all that motivates me and inspires me because I don’t want to look back when I’m 50 years old and wish I would’ve continued fighting when I was 44, so I can end it on my own note, the way I want it.”

It will be interesting to see how Ortiz looks when inside the cage against the professional wrestling legend. However, one thing is for sure. The former light heavyweight champion has all the confidence in the world that he’ll get the job done.

Do you think Ortiz should still be fighting at 44-years-old?