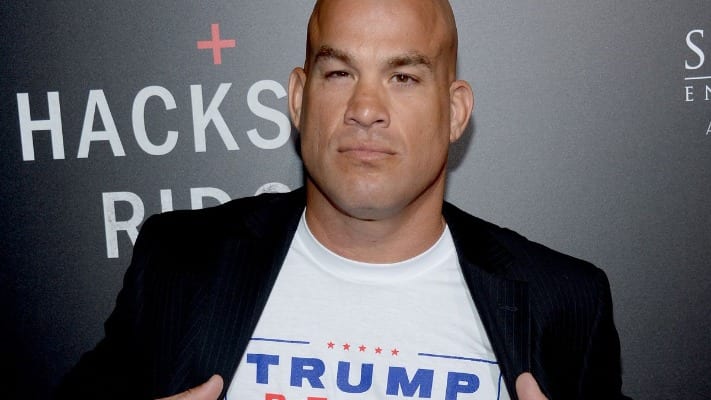 Aside from all of the phenomenal matchups on the card, UFC 244 garnered a lot of attention this past weekend due to the presence of United States President Donald Trump.

Speaking to MMA Junkie, Ortiz noted he was happy to see the President in attendance for the Madison Square Garden show.

“He’s been a good, close friend of Dana, and I saw an interview of Dana with the President, and me and Dana don’t see eye-to-eye sometimes, but what (Dana) said (about Trump’s importance to the UFC in the early days) was the truth.”

Ortiz is set to return to the cage on December 7 under the Combate Americas banner. He’ll face ex-WWE star Alberto Del Rio, where both men will put up their respective historic titles for grabs. Del Rio will put up his old WWE Title, while Ortiz will put up his UFC Championship.

As for his support of Trump, Ortiz has been a supporter since his appearance on “Celebrity Apprentice” in 2005, which Trump used to host.

“I think being the headliner at Trump Taj Mahal gave him the idea of mixed martial arts and of Tito Ortiz, because in 2005 I did the ‘Celebrity Apprentice,’” Ortiz said.

What do you make of Ortiz’s reaction to Trump’s UFC 244 appearance?