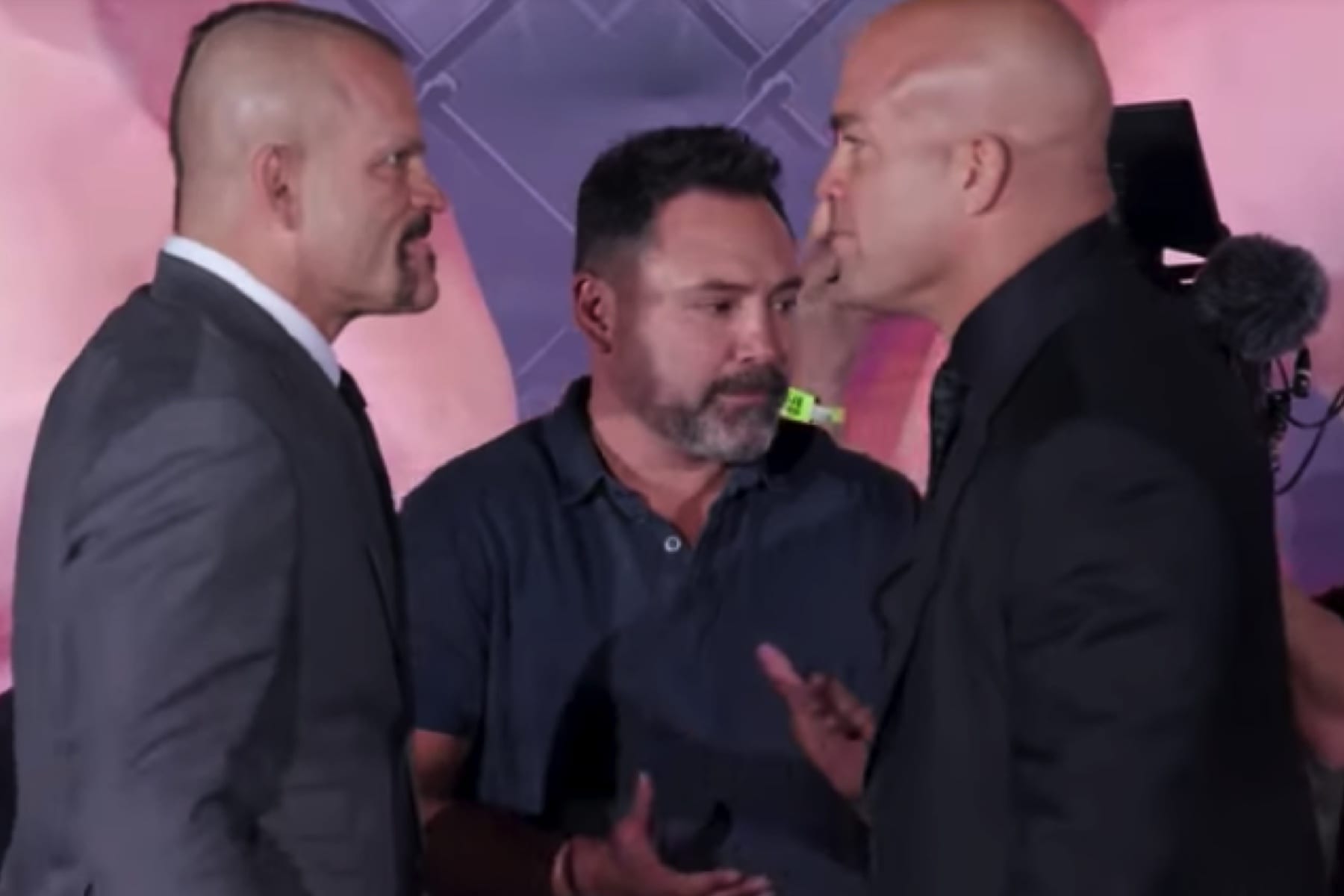 This weekend (Sat., November 24, 2018) Tito Ortiz and Chuck Liddell will renew their rivalry for a trilogy bout.

However, this contest won’t be taking place under the UFC’s banner.

Instead, Oscar De La Hoya’s Golden Boy Promotions will be spearheading this operation. Liddell vs. Ortiz III will go down Saturday from The Forum in Inglewood, California. Ortiz is currently 0-2 in the series against Liddell, and he’s hoping to pick up his first mixed martial arts (MMA) victory of his career over “The Iceman.”

Speaking to MMA Junkie recently, Ortiz made some very interesting comments in the lead-up to his fight with Liddell. “The Huntington Beach Bad Boy” claims to know what’s going on in the former UFC light heavyweight champion’s fight camp:

“You ain’t coming to my town, living in my town, and don’t think I don’t know everything that’s going on,” Ortiz said. “I know they don’t spar hard in their gym. I know them. I’ve known all them for such a long time.

“I was born and raised in Huntington Beach. Chuck comes and stays in my house and thinks he’s going to play mind games with me? That (expletive) is not going to work.”

Ortiz will certainly have an advantage over Liddell heading into this weekend. Liddell hasn’t fought in nearly a decade, retiring after a vicious first-round knockout loss to Rich Franklin in 2010. He exited the MMA game on a three-fight knockout losing streak. As for Ortiz, he has been much more active in recent years.

Since Liddell’s retirement, Ortiz has fought inside the cage eight times. His most recent, which was believed to be his retirement fight, was a first-round submission victory over Chael Sonnen in January of 2017. It will certainly be interesting to see how Liddell looks inside the cage after so long of a layoff from competition.