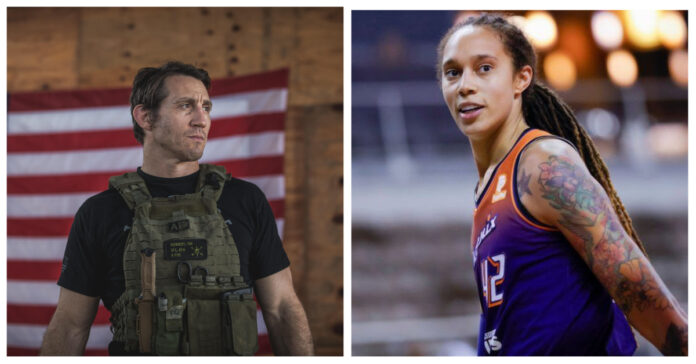 After Brittney Griner’s recent plea for help, Tim Kennedy took to social media to point out Griner’s ironic past and “despicable” behavior.

Griner recently penned a letter to US President, Joe Biden, asking for aid. In the letter, Griner stated she was “terrified”, and feels she might be held prisoner “forever.”

This caught the attention of former UFC fighter and army veteran, Tim Kennedy, who had some qualms with Griner and her previous history of protesting the American government.

“Do you remember that time that you were protesting your own government and even requesting that the National Anthem not be played at your games then going back to this same government and pleading that they intervene on your behalf to get you out of a Russian prison after you illegally brought drugs into their country…. Does not get more ironic than this.”

Despite Seeing Griner’s Behaviour As “Despicable”, Tim Kennedy Hopes For Her Release

Tim Kennedy’s issue with Griner goes back to last year’s Black Lives Matter protests where many athletes and individuals showed their displeasure with the current state of America by kneeling during the National Anthem. Kennedy, having served in the US army since 2004, saw this as disrespectful.

Despite this, Kennedy wishes the best for her as she is still an American, at the end of the day.

“Even with her despicable behavior, I do believe that every American is worth fighting for even those that hate their own country.”

Griner was arrested for drug charges in Russia back on Feb 17th of this year. Federal security allegedly found a vaporizer pen containing hash oil, or marijuana, which is considered illegal in Russia. Since then, Griner has been kept in a detention center as her trial is ongoing.

Her situation has an extra layer of complication as Russia continues its war against Ukraine. Many believe that the real reason behind Griner’s arrest is to use her as a political prisoner to exchange for imprisoned Russian figures in America.

Griner plead guilty to the drug charges in the second hearing, and if convicted, she could face up to ten years in a Russian cell.