LowKickMMA.com
Home Bellator News What If? Three Predictions for MMA In 2015 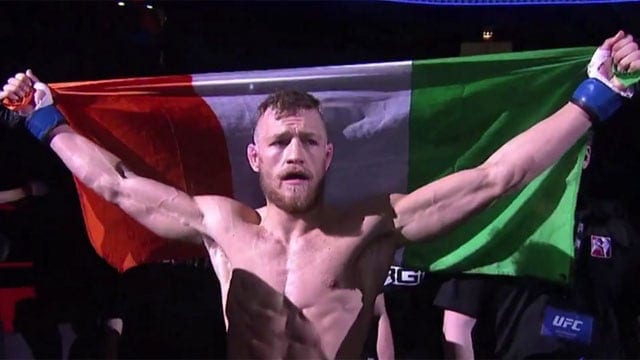 You may not like them, but here they are anyway; Three (bold?) predictions for MMA in 2015….

We are well in to the last quarter of 2014, as we wind down from a topsy-turvy 12 months in combat sports. The UFC PPV profile took a knock this year, and upstart promotions like ONE FC, World Series Of Fighting and (good ol’) Bellator attempted to cash in. Indeed, the Zuffa family still sit atop the MMA leaderboard, even with the numerous injuries to champions.

So to the point; I have three predictions to throw your way for MMA in 2015, check it out:

“”The Mauler” pushed the champion Jon Jones further than anyone during his dominant reign, and has possibly been brushed under the rug with the whole Cormier-Jones beef. Originally scheduled to face “Bones” at UFC 178, Gus will, in my opinion, keep his top standing in the new year.

My prediction is that Gustafsson will become champion in 2015, but the bold part is that I’m saying he will be regardless of who is champion. Yes, you heard it right; “The Mauler” will best Jones in a rematch, or Daniel Cormier to win the 205-pound strap in 2015.

Bellator and World Series Of Fighting will join forces

Two heads are better than one, and the current big head is the UFC. The promotion, often (Wrongly?) labelled a monopoly keeps it’s peers in line with an iron fist. For smaller organizations like Bellator and WSOF, there are seldom scraps to pick up from the larger orgs, so why not merge each others assets?

Ray Sefo and Scott Coker will come together in 2015, joining forces and venues, whilst picking up surplus talent from the UFC. Will it be a successful merger? I don’t know, but I’d like to think that they’d label the promotional merger as ‘Bellafighting’, but we can only dream.

Conor McGregor will get a title shot before Cub Swanson

The UFC featherweight division is as stacked as its ever been right now, but it’s number five ranked Conor McGregor who stands to benefit most in 2015. Top contenders Cub Swanson, Frankie Edgar and Dennis Bermudez may be dismayed at the choice, but did you expect any different from the UFC. The promotion would likely miss out on thousands upon thousands of PPV views by picking anyone but “The Notorious” for the next title shot.

It’s a little early for predicting the winner of McGregor vs Aldo/Mendes, but rest assured I believe McGregor will be named the next title challenger for 2015.