LowKickMMA.com
Home Editorials The ‘Notorious’ Effect: How Conor McGregor Has Changed The UFC For The... 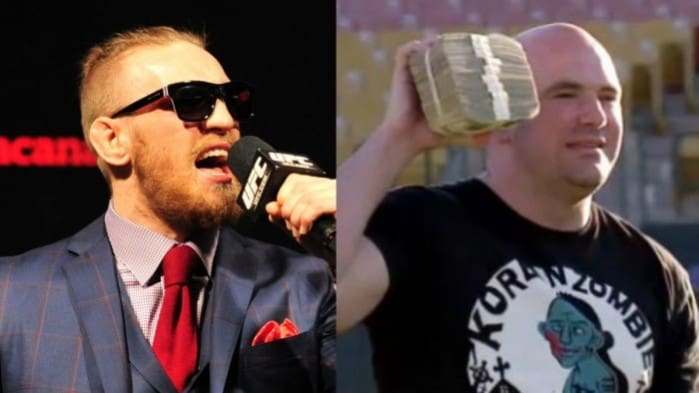 It’s hardly a secret that interim UFC featherweight champ Conor McGregor has absolutely taken mixed martial arts (MMA) by storm since making his octagon debut against Marcus Brimage at UFC on Fuel TV 9 back in April 2013.

The talented Irish wordsmith has made an impact upon the sport like few, if any, ever have before, and he’s done by blending his own shall we say, unique, blend of self promotion with his world class fighting skills. McGregor remains undefeated in the UFC octagon as he heads into the biggest fight of his life and one of the biggest in UFC history when he faces off with longtime featherweight champ Jose Aldo in the main event of December 12’s UFC 194 pay-per-view (PPV) from Las Vegas, Nevada.

He may win the title and go on to become arguably the UFC’s biggest star, he could lose to a generational talent in his arch nemesis Aldo, but overall it’s undeniable that the ‘Notorious’ has stormed into the UFC and singlehandedly changed the game. Love him or hate him, that’s an accomplishment few fighters can stake a legitimate claim to, and that’s why McGregor truly is an elite fighter for all of the various attention-grabbing exploits he brings to the table.

The ‘Notorious’ effect is here in full force, and it appears to be both a lasting and evolving one. Let’s take a look at how McGregor has positively impacted the UFC in the short time since his debut.