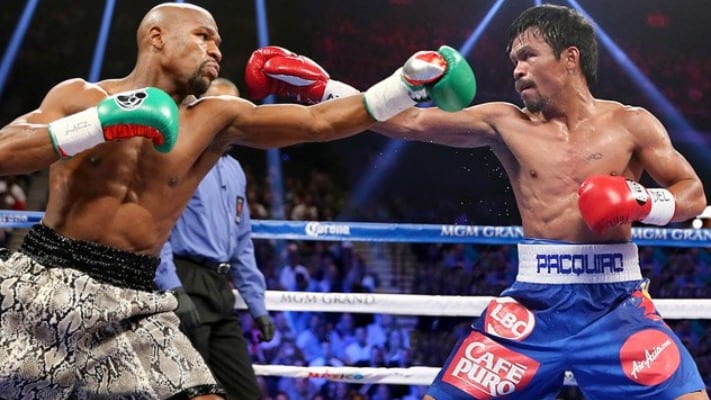 Many boxing events take place all over the world in many different places. They involve several top and new fighters and are followed by thousands, if not millions of fans. Most of them are broadcasted on various TV stations for those who can’t access the venues.

Some of the most-watched boxing bouts in history have generated eye-watering sums of cash. As well to the boxers and promoters making millions from one night, gambling in the fights is also extremely popular.

However, MMA has also become more popular than boxing in recent years and has seen a major spike in betting. Fortunately, to guide you, there are platforms that compare the best MMA betting sites. It has a list of different types of MMA bets, major events to bet on, and generous bonuses for you to enjoy.

Dive in and learn about the 5 biggest money boxing fights that have ever existed.

It was the world’s awaited boxing event known as the fight of the century. This bout is so far the most money-making sport event to ever happen. It was in May 2015 and many fans had a lot of hope and expectations in it, most of which were fulfilled.

There was much excitement because boxing fans had for so long wanted a match between Floyd Mayweather and Manny Pacquiao which finally happened. In fact, $333m in sales was generated in pay-per-view subscriptions. And the tickets for the live show at the MGM Grand Garden Arena were being sold for $1,500.

Not only that, but within just a few hours to the fight, bets were flooding in from many bettors all over the world. Most of them were also inspired by predictions that were being given by several experts in the sport.

This event was in August 2017 and was called the money fight. It took place in Nevada at the T-Mobile Arena in Paradise. It is a historical event because Mayweather concluded his professional fighting career with it. He earned his 50th win from Conor and also made large sums of money from the fight.

Floyd walked away with $223.5m while McGregor got $70m. Moreover, the pay-per-view subscription revenue was $325m. In fact, in 2021 in one of his interviews, Floyd Mayweather said he is probably done with exhibition bouts. Nonetheless not a bad pay day!

It was a popular event that took place in 2013 between Canelo who is currently among the world’s best fighters and Mayweather.

This event was hosted at the MGM Grand and it attracted over 16,000 fans. Its pay-per-view subscription earnings were $120m. Mayweather walked away with the lion’s share of $65m while Canelo was rewarded with only $9.5m

Back then, Canelo was not yet a superstar like he is today and was defeated in this fight. But he is now a champion and more experienced than before with several achievements in his boxing career.

Mayweather again appears on the list because of his popularity and dominance in the sport. This event took place in 2007 and Oscar was the bigger name and bagged most of the cash. De La Hoya was paid $42m while Floyd got $20m.

However, Mayweather won the match and became the light weights pre-eminent star. The pay-per-view subscription collection of this event was also high, being $110m. This put the event among the biggest money boxing fights in history.

It was a historical event hosted way back in 1997. This boxing fight also took place at the popular MGM Grand Garden Arena. It was a rematch of Evander Holyfield and Mike Tyson’s other fight in 1996 that had ended in controversy.

The event was more successful in its pay-per-view collections which were $81.4m. It was able to sell approximately 2 million subscriptions. Holyfield was the bigger figure and got $28.4m while Mike Tyson received $24.3m. Tyson is now among the top 10 American heavyweight champions of all time.