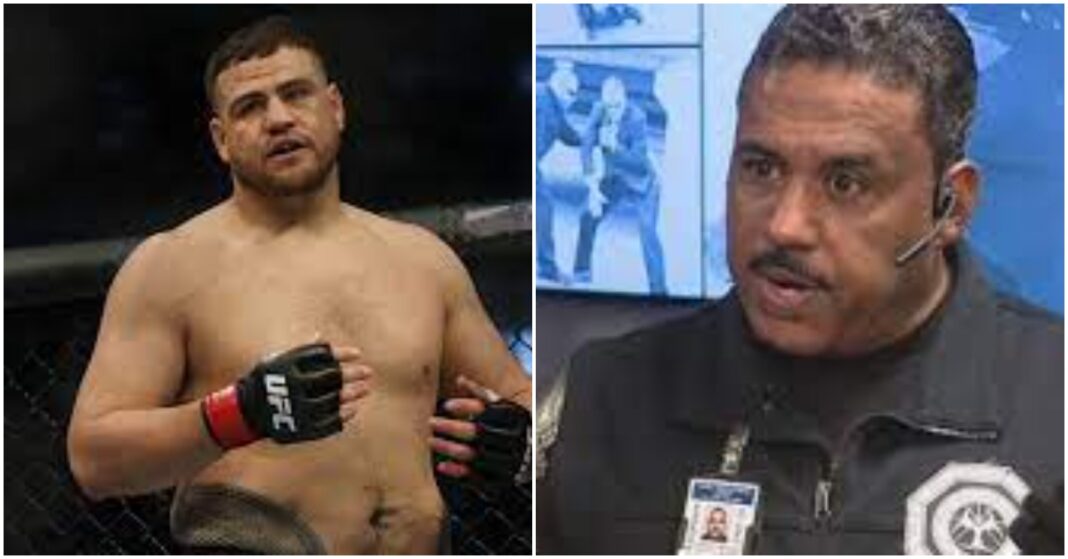 Tai Tuivasa has called out the most dangerous person in the world, Dale Brown (A.K.A The Detroit Urban Survival Guy).

All joking aside, Brown has some of the worst videos that could most definitely get people severely hurt. Tuivasa isn’t the only person that sees through what Brown is trying to sell. Everyone across social media makes fun of his techniques all the time. There are countless videos of people using his techniques while making a joke out of it. He is however, the first professional fighter to call him out.

Tuivasa took to The MMA Hour to call Brown out for his techniques that he is teaching people.

“He’s the guy that does all this bloody videos.” Tuivasa said on The MMA Hour. “I don’t even know his name. I just wanna fight the guy. He makes me angry. The guy that makes people go in circles when they’re attacking him. Yes, him. I wanna fight him. I don’t know. I just want to see if I can shoot him or if I can fight him properly. I don’t know if you can make me turn it circles. I don’t know. I just want to see real, let the people know the truth. I’ll take the cop all day.” (Transcribed by MiddleEasy)

‘Bam Bam’ won that fight via a brutal KO. It was Tuivasa’s third fight that he has won in a row and bolstered his record to 13-3. Tuivasa has quickly become a problem in the heavyweight division and a true contender. Tuivasa is currently the 11th ranked fighter in the division. His next fight should come against a top 10 fighter inside the division. A title run could very well be in the cards for Tuivasa if he keeps improving.