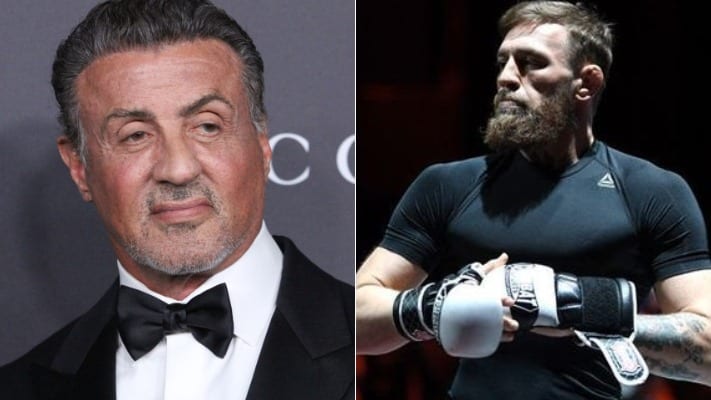 It’s no secret that former UFC two-division champ Conor McGregor believes he deserves some sort of stake in the UFC.

McGregor has repeatedly campaigned for a share of the company before his next fight, whenever that may be. But UFC President Dana White has also repeatedly rebuffed that request, claiming it just won’t happen.

We’ll see what transpires on that front. In the meantime, it has lead to a comedic exchange between McGregor and late night talk show host Conan O’Brien. The longtime television personality recently challenged ‘The Notorious’ to jokingly fight in the Octagon for his stake in the UFC. O’Brien is one of several top celebrities to invest in the world’s MMA leader when it was sold to Hollywood talent agency Endeavor in 2016.

McGregor responded in hilarious fashion, also poking fun at star Mark Wahlberg – who also has a share in the UFC. Another elite-level actor who has a stake in the UFC is Sylvester Stallone. ‘Sly’ has offered public support to McGregor before, and it’s not changing now. Speaking recently with TMZ, Stallone said McGregor did, in fact, deserve some sort of stake in the UFC.

Asked if he would offer him some of his share, Stallone claimed he would:

“Absolutely. Of course. I got an extra room in the house.”

It’s a generous offer from Stallone, and a departure from Wahlberg’s offer three years ago. There, Wahlberg said McGregor could purchase shares in the UFC but would have to ‘cut the check.’ Due to Stallone’s long-running involvement with boxing and combat sports, it’s also no surprise to see him voice his support.

McGregor seems to want a share of the UFC as part of his compensation for his next fight. That’s something Stallone is apparently willing to offer McGregor as well. The battle to get McGregor a share in the UFC seems to be raging on. Perhaps it’s just not something the infamous Irishman is willing to give up on.

With support from stars like Stallone and to a lesser extent, O’ Brien, maybe he shouldn’t. Do you believe he deserves a small piece of UFC ownership?