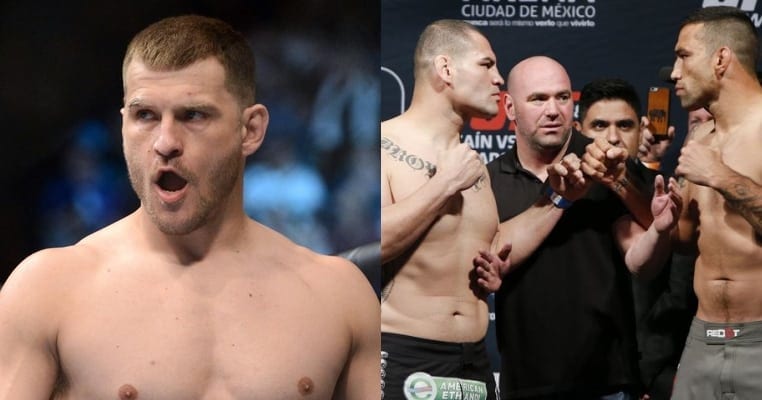 Reigning UFC heavyweight champion Stipe Miocic recently defended his title for the very first time at Sep. 10’s UFC 203 from his home of Cleveland, Ohio, impressively stopping Alistair Overeem in the first round of their main event bout. After already competing three times in 2016, however, the champion was interested in taking time off.

Recently speaking with Independent.co.uk, Miocic said that he’s eying a return in March, a month where the UFC is reportedly looking to return to London, a possibility that the heavyweight king is open to:

“I’m hoping to return in March,” Miocic said. “Sometime early on in 2017 or maybe early Spring. I hate flying and I hate traveling, but if they want me to fight in the UK then I’d love to the fight in the UK.”

Prior to beating Overeem, Miocic had put together a three fight win streak that included consecutive finishes over the likes of Mark Hunt, Andrei Arlovski and Fabricio Werdum. As far as what lies ahead for him, it’s likely that he’ll take on the winner of UFC 207’s rematch between former champions Werdum and Cain Velasquez.

Those two men first did battle at June 2015’s UFC 188 where Werdum battered Velasquez to walk away with the heavyweight title. Miocic, however, then knocked out the Brazilian last May to steal the strap.

Who would you rather see Miocic make his next defense against?