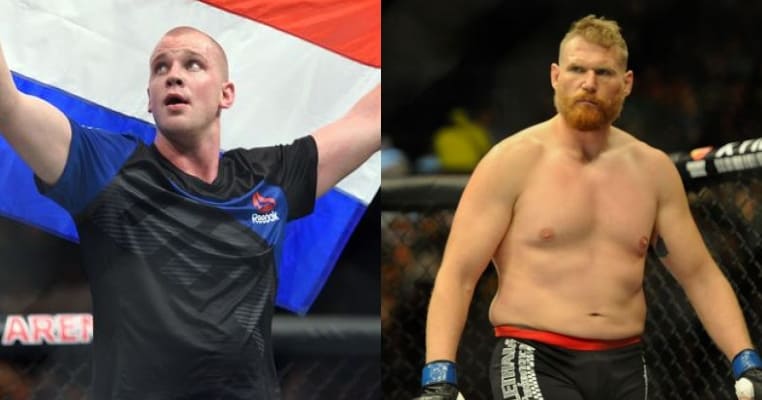 Stefan Struve has faced his fair share of hardships over the last few years.

In 2013, the man dubbed “Skyscraper” had reported that he was suffering from a leaking aortic valve and an enlarged heart, a condition that put his fighting future in jeopardy.

Fortunately, he received clearance to return to the Octagon, and he was set to face Matt Mitrione at July 2014’s UFC 175, but he was forced to withdraw on fight night after fainting in his locker room. When he finally made his return at UFC on FOX 13 in December 2014, Struve was knocked out in the first round by Alistair Overeem.

In the time since, however, Struve has seen more success. He’s won three of his last four bouts, and is currently riding a two fight win streak over the likes of Antonio Silva and Daniel Omielaczuk with both of those victories coming by way of stoppage. The No. 12-ranked Struve now feels like he’s ready for a step up in competition and he has an opponent in mind:

“December or January makes sense for me for sure, depending on the fight the UFC wants to give me,” Struve told “Toe-2-Toe with Brian Stann”. “I looked at the rankings with my coaches and my manager, and one of the first names that comes up to me is Josh Barnett, who is also coming off a win.”

Barnett, a former UFC heavyweight champion, is currently ranked No. 6 in the division, and is coming off of an impressive submission victory over Andrei Arlovski. Being that “The Warmaster” is ranked higher than Struve, “Skyscraper” feels as if the bout makes sense:

“He’s ranked higher than me,” he told Stann. “I think a win over him would definitely bring me closer to my goal of fighting for the title.

“He came off a really interesting fight with Arlovski, and I’d love to have that fight.”

Would you like to see these two heavyweights face off?