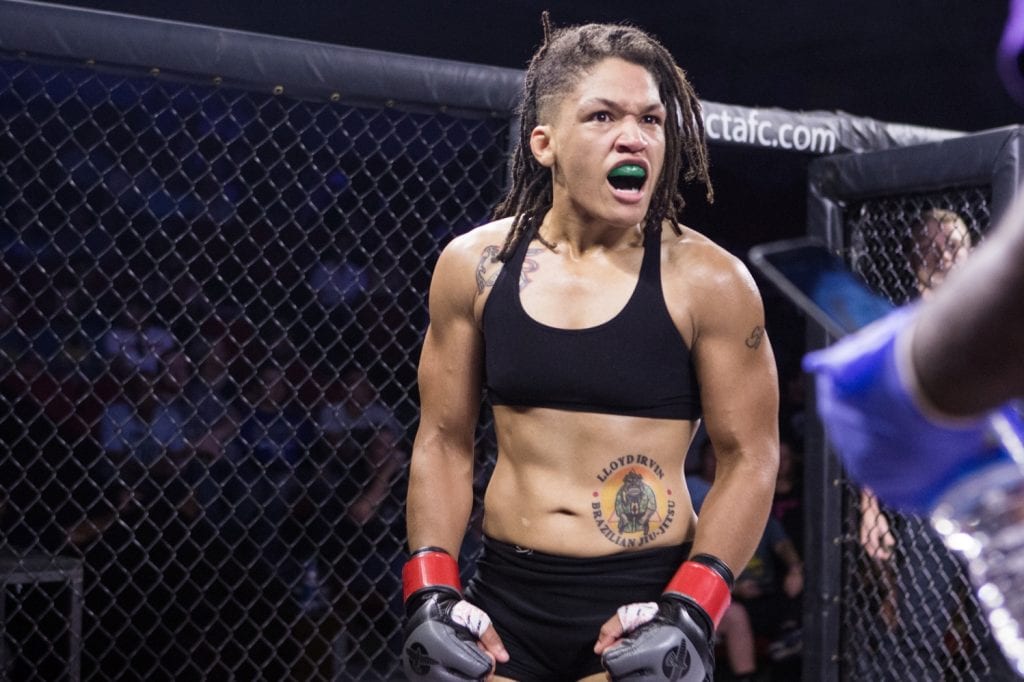 Sijara Eubanks is not happy about being pulled from the UFC 230 main event and she made no bones about it earlier today (Oct 9, 2018) on social media.

It was announced earlier today that Daniel Cormier will defend his heavyweight title against Derrick Lewis in the new main event at UFC 230, which takes place on Nov. 3 in New York City.

News broke shortly after that the Eubanks and Valentina Shevchenko fight would be scrapped altogether. In favor of Shevchenko moving back to fight former strawweight champion Joanna Jedrzejczyk at UFC 231 in Toronto on Dec. 8.

Needless to say, Eubanks was ticked off. And The Ultimate Fighter finalist took to social media to blast UFC President Dana White and matchmaker Mick Maynard in a since-deleted tweet:

Shorty after Eubanks tweeted again. This time she implored White and Maynard to keep her on the card. She also demanded they stop running the UFC like a circus.

Put me under card. Put me co main. I don’t care. But put me in for the Flyweight title shot! @danawhite @Mickmaynard2 IVE EARNED MY SHOT. THIS IS MY TIME. Quit running this thing like a circus

Eubanks then issued a half-hearted apology to Maynard.

This is my life you’re playing with @danawhite @Mickmaynard2

Seemingly out of nowhere, Eubanks had some words for the women competing in UFC 231’s flyweight title fight.

@BulletValentina Me and you muthafucka we gonna fight. @joannamma stay ya ass on vacation you not ready for the big dogs. I want my fuckin belt yo

As if that wasn’t enough, she then played the race card but realizing how foolish that is she quickly changed the subject into a male vs. female debate.

So has a Black woman headlined anything at MSG before? Seriously anybody got the stats on that? Cause I’m geeked #BlackGirlMagic
Or have two women ever headlined??? Like in boxing or other fighting sport? #girlpower
Cause foreal y’all hating and we legit making history rn

There is no word yet on whether Eubanks will remain on UFC 230 in some capacity or be rebooked for another show.