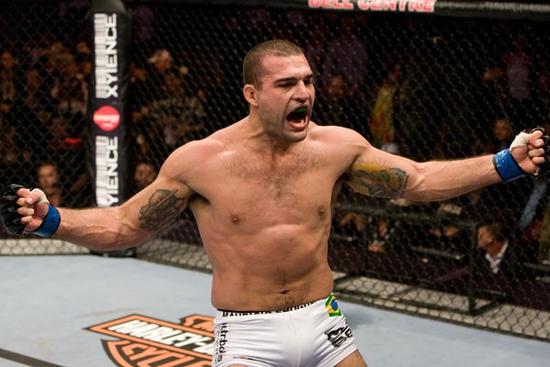 Shogun Rua has responded to Daniel Cormier’s suggestion that he should be the next challenger for the light heavyweight title.

Following Cormier’s historic win over Stipe Miocic in the main event of July 7’s UFC 226, it became obvious that “DC” would face former champ Brock Lesnar as one the few remaining fights in his decorated career. In the days after that pro-wrestling-like scene, however, Cormier revealed some unforeseen news.

With Lesnar still suspended by USADA, Cormier said he would perhaps go back down to light heavyweight and defend his title one last time, with former champion Shogun Rua the main target should he get past Anthony Smith at UFC Hamburg this weekend.

Speaking to the media in Hamburg, Germany via MMA Fighting, Shogun revealed that he was both grateful and surprised by the double champ’s callout.

Watch the full scrum below: