LowKickMMA.com
Home UFC News Sean Strickland Hits Back At Sean O’Malley After Being Labelled A ‘Psychopath’ 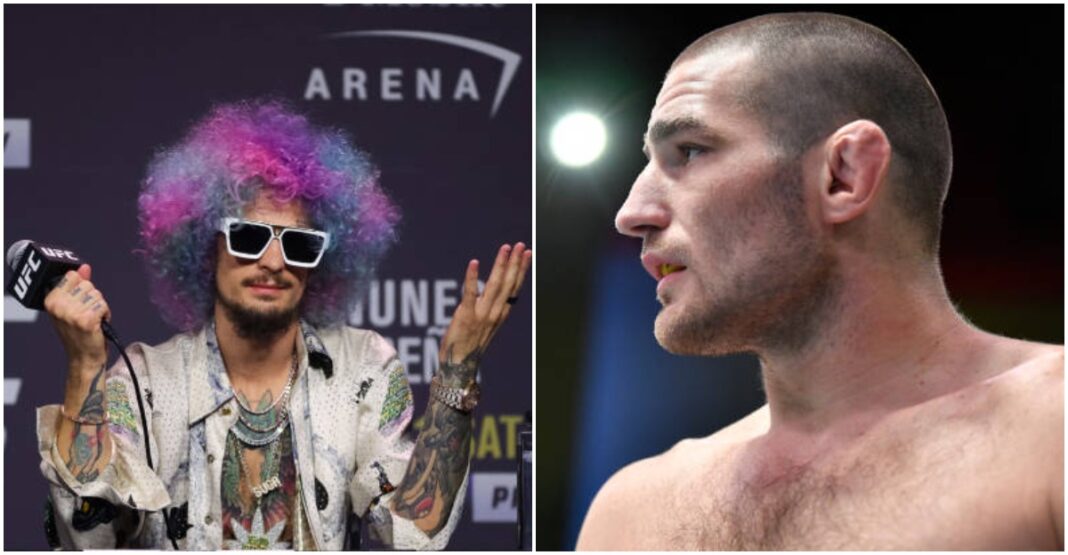 UFC middleweight Sean Strickland fires back at Sean O’Malley after the rising bantamweight star labelled him a “psychopath”.

It has been a regular occurrence seeing Sean Strickland’s name in the headlines. However, not always for his skill-set inside the Octagon, but his outlandish behaviour, which has caused concern from fellow athletes.

Since his return to competition in 2020, Strickland (24-3 MMA) has been on a tear in the division walking through all comers. The return has seen the thirty-year-old accumulate victories over Jack Marshman, Brendan Allen, Krzysztof Jotko and Uriah Hall.

Last month, Strickland was scheduled to face off with former middleweight champion Luke Rockhold at UFC 268. Unfortunately, Rockhold could not make the dance due to an injury, meaning Strickland wasn’t met with a replacement and was removed from the card.

Strickland’s next task in the Octagon will be Sweden’s Jack Hermansson, who is fresh off a wrestling match with Khamzat Chimaev. Although not scheduled to compete until next year, Strickland has continued to make headlines with rather alarming behaviour on social media. Strickland discussed his past as a Neo-Nazi, as well as releasing a video proposing he wanted “to do some weird sh*t” to UFC welterweight Belal Muhammad.

The odd behaviour caught the attention of UFC bantamweight Sean O’Malley who is among the action in tonight’s UFC 269 event and discussed the issue on his podcast.

“Oh, I can’t get on the Sean Strickland card. I am scared that he might f*cking murder me. Like actually, I probably would not want to be around that dude. He kind of seems like a f*cking freak and psychopath. Like if he had a chance to kill someone, he probably would do it. So it’s like I wouldn’t even want to fight on that motherf*cker’s card. He’d be like: ‘I cannot have two Seans on this card’” O’Malley said.

Strickland latched on to O’Malley’s comments and fired back on Twitter.

What do you make of the beef between Sean Strickland and Sean O’Malley?