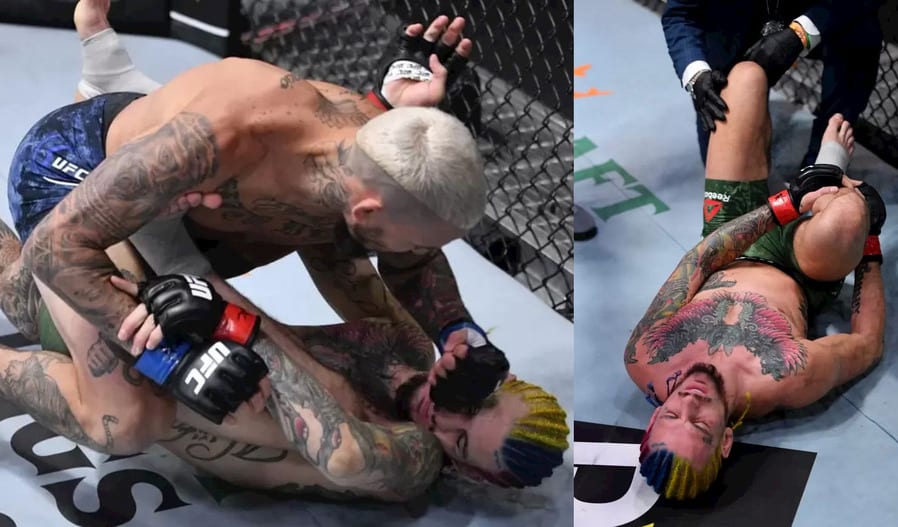 As we all know, ‘Sugar’ Sean O’Malley was injured this past weekend in his UFC 252 fight with Marlon ‘Chito’ Vera. He looked good in the fight up until the injury happened, and this marks just the first setback of his professional career.

Ariel Helwani from ESPN MMA gave us an update regarding O’Malley’s injury earlier today via his twitter account:

This is a truly unfortunate occurrence. O’Malley injured himself in his second fight in the UFC with Andre Soukhamthath as well, though that didn’t happen until round three, and he won the first two rounds. However, this injury happened midway through the first round, and Vera is far too talented and dangerous of an opponent to fight on one leg.

After his fight with Soukhamthath, he didn’t fight again for two years either, due to two run ins with USADA for tainted supplements. Unfortunately, he’s going to need some more time off now that his knee has been tore up. Luckily he’s still only 25-years-old, turning 26 in October.

O’Malley has the gift, the it factor, he’ll come back better than ever, just like he did in March. He’s now 4-1 in the UFC, and 12-1 overall as a professional.

Though it was ruled a TKO (elbow and punches), it could also be considered a TKO (injury) loss. He did get hurt badly by that elbow Vera cracked him with, but he never would’ve ended up on his back if his leg didn’t give out.

It’s great that his ankle and lower leg are fine, but it was evident that the issue was with his knee. We’ll have to wait a few days to see what happens next. Hopefully he only tore one ligament, but even then it can take a while to recover and come back.

Guys like Dominick Cruz and Georges St-Pierre spent over a year outside of the cage with ACL tears alone. Thiago Santos tore all four ligaments in his knee when he fought Jon Jones, that was 13 months ago and he hasn’t fought since. Either way, we probably won’t see O’Malley fight again until next year.

Who would you like to see Sean O’Malley fight upon his return?