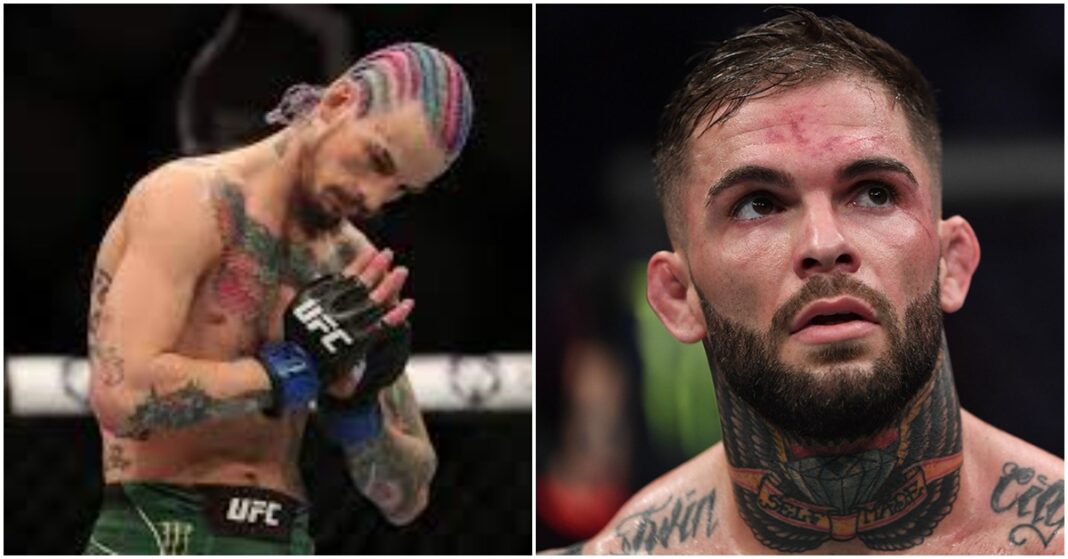 Garbrandt was one of ‘Suga’s rivals and a potential fight was possibly on the horizon for the two. After Garbrandt’s flyweight debut was ruined by Kai Kara-France, O’Malley feels more sympathy for the former champ than anything. O’Malley and Garbrandt fought on UFC 269, which saw O’Malley gain another KO win. The two exchanged words multiple times before they took to the octagon and many fans alluded that Garbrandt was worrying about O’Malley more than his opponent.

O’Malley said in the post fight press conference that he felt bad for him that night and he continues to reiterate the fact that he has sympathy for Garbrandt.

O’Malley’s next opponent is up in the air at the moment. He has finally cracked the top 15 rankings and is currently the 12th ranked fighter in the bantamweight division. A rematch with Marlon Vera may make the most sense for O’Malley and the promotion. A win over Vera would put O’Malley as a top 10 fighter and a true contender in the division. He would also get his revenge after being handed his first professional loss.

Who do you want to see the ‘Suga Show’ take on next?