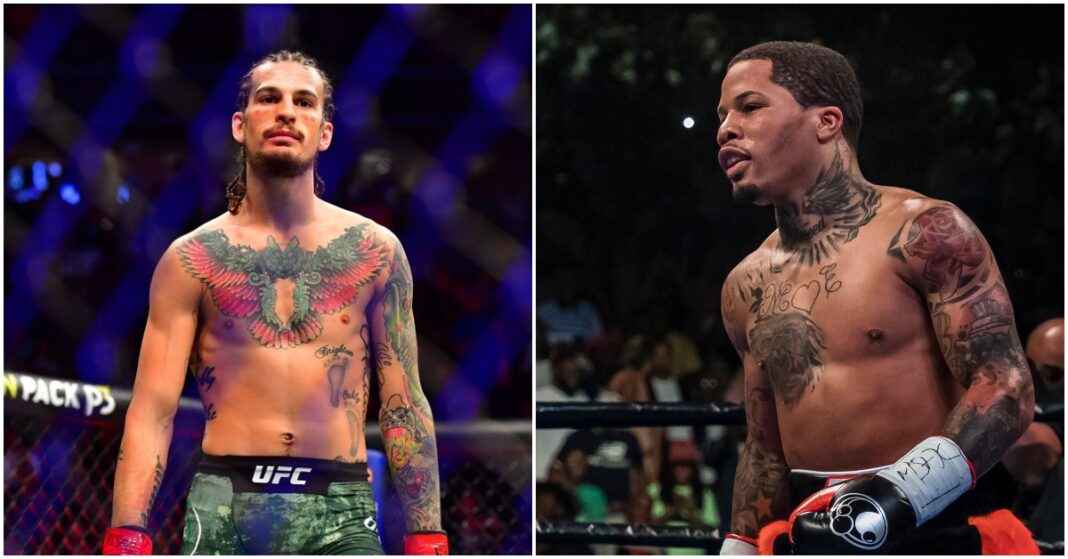 Sean O’Malley has his sight set to the top, the UFC prospect is on his own journey to greatness and the ‘SugaShow’ took one step closer to that at UFC 269. O’Malley defeated Raulian Paiva via TKO inside the first round in what was scheduled to be his hardest test to date.

MMA isn’t the only combat sport Sean O’Malley is interested in competing in it appears after he spoke on an episode of the Full Send Podcast and expressed his interest in a future matchup with Boxer Gervonta Davis.

“That’s a Floyd-Conor fight someday potentially if we’re on the same path. We haven’t done enough, he hasn’t done what Floyd has done, I haven’t done what Conor has done. But if it keeps going. I don’t see my career going any different, I’m going up. I could see him keep beating people, too. It could be a massive boxing fight someday.”

“It would have to be a UFC deal like Conor did. Conor was still signed with the UFC, Dana still got paid. It would have to be something like that. I can box, I can f**king box, like actually box. That combo that I threw up against the cage, there were no kicks there. That was boxing, it was clean.”

Although O’Malley believes he would do well if he ever got the opportunity to go and box, he does not think the same if Gervonta Davis was to come over and step into an octagon.

“When he said that he’s from the hood, that’s how he would wrestle. That was the funniest f**king thing ever. If he actually grappled with someone, like he said, he’d come to MMA.”

“If he took one class at a f**king amateur gym, he would be like what the f**k, I would never do that. It’s funny to see how delusional he is to think he could come into an MMA fight and be successful at all against an elite-level fighter.” (transcribed by essentiallysports.com)

How do you think Sean O’Malley would do in a boxing match?