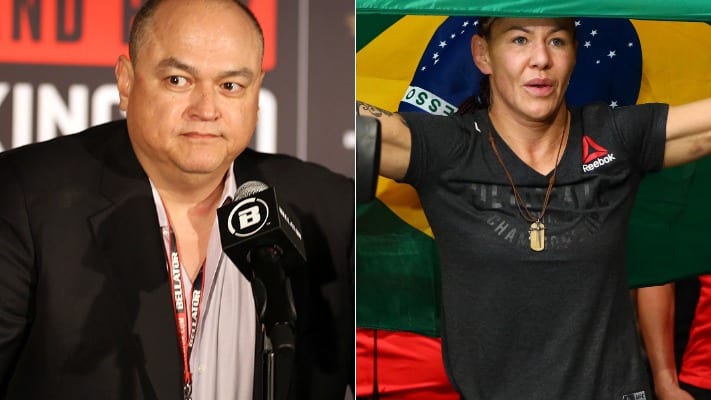 Cris Cyborg’s time with the UFC is apparently done. Earlier today (Fri. August 2, 2019) during an interview, UFC President Dana White revealed the Las Vegas-based promotion is “out of the Cyborg business.””

Cyborg competed in the final bout on her UFC deal against Felicia Spencer last week at UFC 240, winning via unanimous decision. Now, White will apparently wave the exclusive negotiating period in her contract, allowing Cyborg to sign with any promotion of her choice. This is of interest to Bellator President Scott Coker, who told MMA Junkie he is ready to get in contact with the Brazilian’s management immediately.

Coker did clarify, however, he’ll first make sure White’s comments were, in fact, truthful, before attempting to negotiate a deal with Cyborg. Cyborg and Coker have a past working relationship, as she competed for Coker under the Strikeforce banner earlier in her career. One of White’s claims about Cyborg was that she’s afraid to rematch current UFC women’s bantamweight and featherweight champion Amanda Nunes.

The pair met back in December, where Nunes finished Cyborg in under a minute. In regards to White claiming Cyborg is scared, Coker finds such comments “ridiculous.”

“I don’t even know what to say about that,” Coker said. “Cyborg isn’t afraid of anybody.”

What do you think about Coker being prepared to offer Cyborg a Bellator deal after allegedly being released from the UFC?