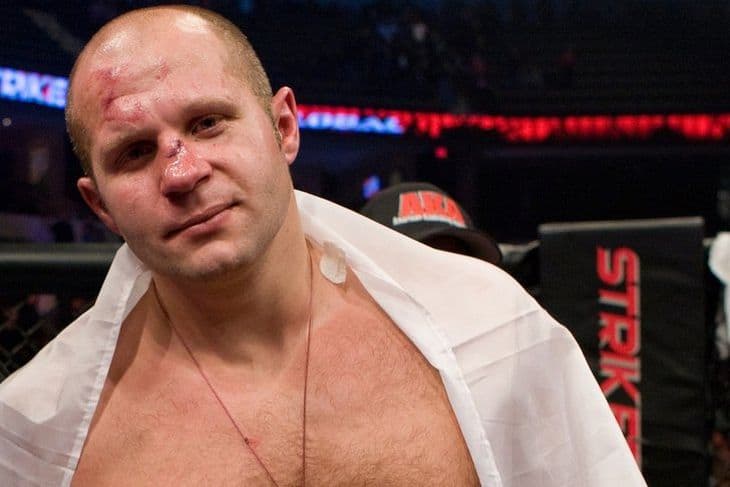 When legendary heavyweight Fedor “The Last Emperor” Emelianenko announced that he was coming out of retirement last month, many thought that Bellator MMA would be most likely to land the Russian superstar.

However, it has been reported that negotiations have been started between Emelianenko and the UFC, and it seems as if Bellator president Scott Coker isn’t all that interested in “The Last Emperor” right now.

Coker, and Emelianenko worked together a few years back in the now defunct Strikeforce, and Coker recently stated that the two have talked, but not about fighting. The Bellator president also said that he feels that he’s already done it with the former Pride FC champion:

“We’ve had conversations, but not about fighting,” Coker told MMAjunkie on Thursday in Temecula, Calif., ahead of tonight’s Bellator 141. “I just felt Fedor is a great legend. He’s on the Mount Rushmore of MMA. We had a great time doing the fights together with Fedor (in Strikeforce) … I felt like we’ve done it already with Fedor.”

However, Coker isn’t oblivious to Emelianenko’s star power. Coker also believes that the Russian will come back for a few years as opposed to just one fight, and Bellator would possibly look in to signing him in the future, but for now they would like to see how his return plays out:

“Let’s let him come back and see how it works out for him, and then maybe we’ll have him fight a couple years down the line, or next year, or whatever. The door is open, but I felt like at this point, Bellator is kind of on a little bit of a roll here. Would he add a lot of value? Yes. But we’re just going to sit back and see what happens.”

Could Emelianenko be headed to the world famous Octagon?