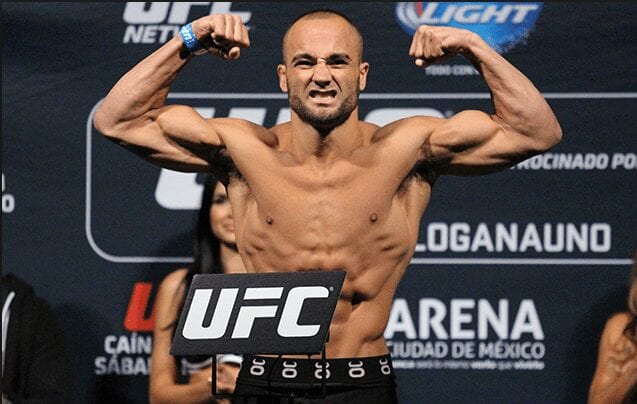 There’s been a ton of speculation on if Eddie Alvarez could be returning to Bellator MMA.

Bellator MMA President Scott Coker was asked about the matter by MMA Fighting at Bellator 206 media day. In regards to seeing Alvarez back in Bellator, Coker said it doesn’t seem likely at this point. He admitted Bellator personnel spoke to Alvarez, but nothing came out of it :

“It doesn’t seem likely at this point,” Coker said. “I think that they had a conversation with Eddie and I’m not sure where it’s at. But I don’t think it took a second, it wasn’t like it was something that was picking up any steam so I’m not sure.”

Alvarez was previously with Bellator and was essentially the face of the promotion. He even competed on Bellator 1 in 2009. “The Underground King” put on a pair of absolute classic 155-pound title fights with Michael Chandler.

Unfortunately, the Philadelphia native didn’t get along too well with former promotion President Bjorn Rebney. He was later released from his contract in 2014 before signing with the UFC. Alvarez defeated Rafael dos Anjos via first-round knockout to win the UFC lightweight title in July of 2016.

Later that year, Alvarez would be one-half of one of the biggest fights in UFC history. He headlined the UFC’s first card from Madison Square Garden in New York City. Unfortunately for him, he dropped the 155-pound title to Conor McGregor via second-round knockout.

Alvarez fought out the final bout on his UFC contract this past July. He put on a heavy-hitting affair with Dustin Poirier in Calgary, which he lost via TKO. It will be interesting to see where “The Underground King” winds up.