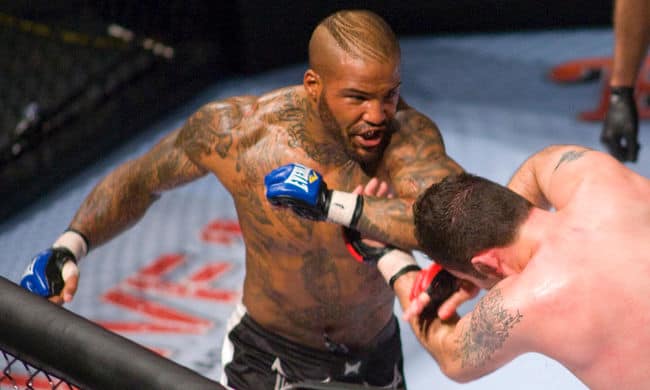 Ryan Ford claims he fought Jake Shields with a broken arm, and has the x-rays to prove it…..

World Series of Fighting 14 headliner Ryan Ford may have been unsuccessful during last night’s (October 11th, 2014) battle with Jake Shields, but you have to give him props for his guts. According to an interview with Ford, he had broken his arm just nine days before the WSOF 14 event.

“Part of this game is putting your body through hard work. Unfortunately, two days ago, on Tuesday, at the end of sparring, I broke my arm. I found that out yesterday, after seeing the doctor for my X-ray results. I have a broken ulna bone – the same one that I actually broke with Michael Hill, and it’s just above the plate that was put in my arm. You know, I don’t have a choice but to fight.”

“I get thrown with another challenge, fighting (Jake Shields) with a broken arm. We’re not in a sport where insurance is available where you get injured nine days, ten days out to a fight and you get paid. It don’t work like that. You step into the cage, you get paid.

“That’s how i feed my wife, my two kids, I put a roof over their head. The only option I have is step into that cage. Put on a helluva fight, and get paid, broken arm or not.”

Unfortunately for Ford, his fight against Shields only lasted until the last 30 seconds of the opening round. The Gracie Jiu Jitsu product proved too much with his smothering offense, choking “The Real Deal” for the tap in his WSOF debut.

Props to Ford for stepping up and fighting, but would the outcome have been any different had he not broken his arm?

The Edmonton Athletic Commission has responded to Ford’s claims of having a broken arm, stating the following:

“He was medically cleared and had no problem at the weigh in,” according to Executive Director Pat Reid in a statement obtained by MMAmania.com. “He did knuckle push ups that he could NOT do with a fractured forearm. We have no knowledge of any such injury.”

WSOF president Ray Sefo also denies any knowledge of “The Real Deal” having a broken arm before the fight…..