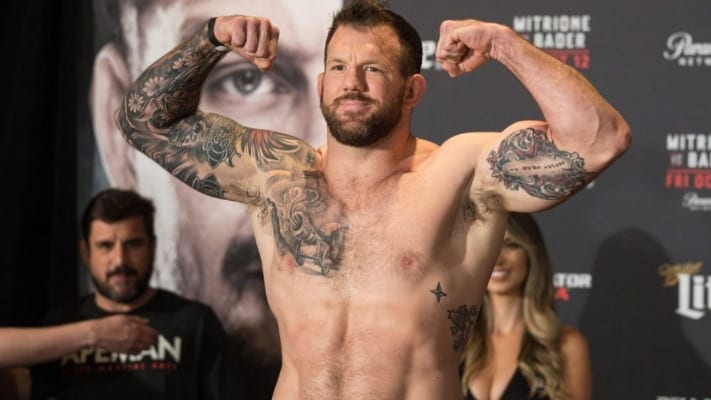 It may not have been in an MMA fight, but Ryan Bader was able to extract a small bit of revenge against his former foe.

Anthony Johnson was originally scheduled to face Curtis Blaydes, then Fabricio Werdum, at Submission Underground 19. When Werdum had to drop out late, Bader stepped up on 72 hours notice to set up a quasi-rematch between the two. The pair originally squared off almost 5 years ago at UFC on Fox 18 in January 2016. Bader looked noticeably gun-shy in that fight, and was subsequently stopped in 86 seconds. The grappling match on Sunday had a much different outcome.

Bader, a former collegiate All-American, dominated the contest in it’s entirety, all the way to the third overtime round. He would then post a faster escape time, handing him the win. The victory sets up a potential rubber match between the two now that they are once again in the same promotion.

Johnson made headlines recently when he announced he would be joining the Bellator ranks. “Rumble” retired from the sport in 2017, and all the rumours about a return had him rejoining the UFC. He joins Yoel Romero as a big get for the promotion’s light heavyweight division.

Bader joined Bellator in 2017, after rebounding from the Johnson loss with stoppage victories of Ilir Latifi and Antonio Rogerio Nogueira. He won the light heavyweight title in his promotional debut, then went on to dominate the Heavyweight Grand Prix en route to winning that division’s title as well. His lastest fight saw him drop the 205 pound championship to Vadim Nemkov.

The thought of a trilogy bout of sorts between the two only adds further intrigue to a light heavyweight division that is quickly becoming one of the more interesting in the sport. Bellator’s latest additions add to an already impressive list that includes Bader, Phil Davis, Corey Anderson and Melvin Manhoef, among others, make it one to watch. Johnson’s opponent for his debut has yet to be named, but whoever it is, you can be sure it will be must-see TV.

Do you want to see Ryan Bader and Anthony Johonson rematch in MMA? 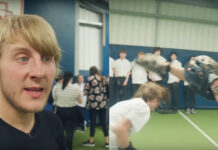