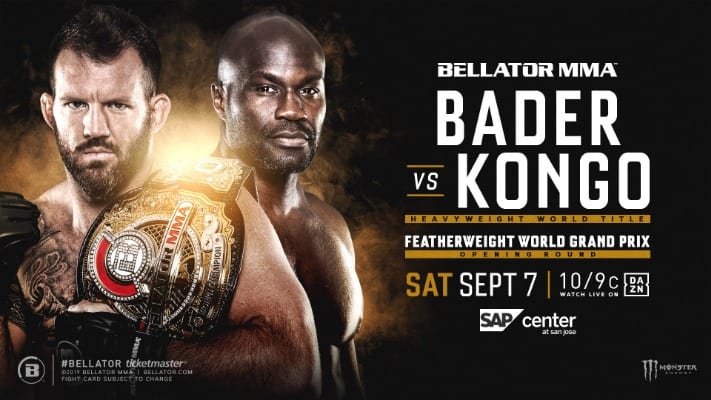 This will be Bader’s first defense of the heavyweight title since winning the strap in the Heavyweight Grand Prix finale against Fedor Emelianenko in January. Bader is undefeated since joining Bellator in 2017. He is currently on a seven-fight win streak, five of those wins coming under the Bellator banner.

Three of his five Bellator fights have been won via stoppage. Bader also reigns as the light heavyweight champion of the promotion, but will be defending his heavyweight strap first. He’ll take on Kongo, another man on an impressive run with an eight-fight win streak. That win streak has included a few close decisions and a pair of knockout victories.

Kongo last challenged for the Bellator heavyweight title back in 2014 but came up short against Vitaly Minakov. Now, he’ll get another crack at Bellator 226. The show goes down from the SAP Center in San Jose, California on September 7. Later that month, the promotion will be getting its Featherweight Grand Prix tournament underway as well with an excellent title bout.

What do you think about Bader taking on Kongo for the heavyweight title?